As is known, our German-speaking colleagues already had their reservations about the state of affairs at Wirecard in Germany in 2016. Elfriede Sixt of EFRI (European Funds Recovery Initiative) from Vienna now states that the Netherlands has its own Wirecard with Payvision. This is not good news for ING. When ING bought a significant portion of the Payvison shares in the spring of 2018, the fraud investigation by the Public Prosecution Service against ING Bank was still ongoing. In the same spring of 2018, there was apparently a difference of opinion within the Public Prosecution Service about that case. In the meantime, the Hague Court of Appeal has still not ruled on the case requesting criminal proceedings against former ING CEO, Mr. Ralph Hamers. In February 2020 it was announced that Hamers could start working at UBS. We hereby publish the article written by Elfriede Sixt in English. It is clear that this type of large-scale fraud makes the role of gatekeepers extra important. The question is therefore: are money laundering and terrorist financing reports being made and by whom?

The operating companies (merchants) of the fraud online trading scams have been shell companies, mostly British, with nominee directors and nominee shareholders. Although the majority of contracts between Payvision and the companies operating the scams were signed by these straw men, according to the statements made in interrogations of these straw men, there were neither any communication or meetings at all between them and Payvision. The communication as well as the agreements were made directly with the Ultimate Beneficial Owners (UBO) behind the scams. Uwe Lenhoff and the Israeli Gal Barak discussed all the scam details themselves whereas on the Payvision side, communication at the board level was either done by Rudolf Booker himself or by Gijs op de Weegh.

Accordingly, the companies attributed to Uwe Lenhoff and platforms generated a total turnover (stolen money) of EUR 55,646,534.79 with Payvision. The companies and platforms attributed to Gal Barak show a total turnover of EUR 75,610,779.87 with Payvison. Chargebacks are a repayment process which is initiated by the credit card holder. Booker stated that although the chargeback rate was high, Gal Barak achieved around 65% and Uwe Lenhoff around 40% of repayments successfully combated. Payvision’s own fees were charged for these chargebacks. Later a “single rate” was introduced, which included the commission and chargeback fees. So Booker was aware of all the chargebacks by the distressed victims – he just did not care.

The amounts stated only cover the schemes from Uwe Lenhoff and Gal Barak, not all the other scams which have been and probably are still processed by Payvision – a subsidiary of ING.

There had already been warnings published by various financial market supervisory authorities against the fraud schemes from Uwe Lenhoff and Gal Barak from 2016 onwards (see below), but Payvision ignored all of them. On the contrary, Booker urged Uwe Lenhoff to sign a referral agreement with Uwe Lenhoff providing him a fee for other scam referrals – however, Lenhoff was arrested before that happened.

Reward for the founders and board of Payvision

In September 2019, ING bought the remaining 25% share in Payvision, although ING must have already known about the kind of business Payvision was involved in, so they “rewarded” Booker and his partners with even more money. At the same time, hundreds and thousands of unsuspecting European consumers have suffered from having been ripped off and having lost their life-time savings to scammers with the support of Payvision.

The EFRI (European Funds Recovery Initiative) is based in Vienna. EFRI is an investors protection initiative to fight for the right of victims of investments scams. In our opinion, Payvision is Netherland´s WIRECARD – a company helping scammers in big style fraud. We filed a money laundering complaint against Payvision already in summer 2019 (except for a receipt confirmation, no response has been received from the relevant authorities). After having much more information now found in the criminal file as well as detailed information on the total volume, we are about to send an updated version to the Dutch Central Bank – in charge for Payvision.

We requested the restitution of the payments to the victims from Gal Barak (claim letter here) and Uwe Lenhoff as enclosed from Payvision. No response received from them up until now.

We are preparing legal steps against Payvision

Please get in touch: For any lawyers and for press people interested in seeing the material in the criminal files of Gal Barak and Uwe Lenhoff, please contact us. 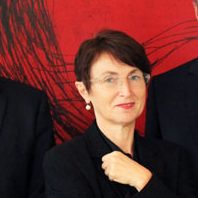