The Bank for International Settlements’ Committee on Payments and Market Infrastructures (CPMI) and the International Organisation of Securities Commissions (IOSCO) has on 6 July published final guidance confirming that stablecoin arrangements should observe international standards for payment, clearing and settlement systems. Sir Jon Cunliffe, Chair of the CPMI and Deputy Governor for Financial Stability at the Bank of England stated: “Recent developments in the cryptoasset market have again brought urgency for authorities to address the potential risks posed by cryptoassets, including stablecoins more broadly. The recent market disruptions, while costly for many, were not systemic events. But they underline the speed with which confidence can be eroded and how volatile cryptoassets can be. Such events could become systemic in the future, especially given the strong growth in these markets and the increasing linkages between cryptoassets and with traditional finance.”

The final guidance, which follows October 2021’s proposals for consultation, reconfirms that if a stablecoin arrangement performs a transfer function and is determined by authorities to be systemically important, the stablecoin arrangement as a whole would be expected to observe all relevant principles of the Principles for Financial Market Infrastructures (PFMI).

This guidance is a major step forward in applying “same risk, same regulation” to systemically important stablecoin arrangements that are used for payments. It is also a key contribution to the G20 cross-border payments programme and supports the work of the Financial Stability Board (FSB) in this area.

Ashley Alder, Chair of the IOSCO Board and Chief Executive Officer of the Hong Kong Securities and Futures Commission stated, “our risk management, governance and transparency standards for existing financial market infrastructures are stringent. We expect the same level of robustness and strength in these aspects in systemically important stablecoin arrangements.”

The uses of particular stablecoin arrangements may vary and could evolve over time. The most frequent use cases of stablecoins include acting as a bridge between traditional fiat currencies and more volatile digital assets; serving as collateral in cryptoasset derivative transactions; and facilitating trading, lending or borrowing and acting as collateral in decentralised finance (DeFi), as noted in the February 2022 FSB report in a broader context of cryptoasset markets. In the post-trade processing of these financial transactions, stablecoin arrangements could be used to settle payments, discharging obligations arising from these transactions with the use of stablecoins as settlement assets (“money settlements”), and it is recognised that this role could evolve further in the future.

The CPMI and IOSCO will continue to examine regulatory, supervisory and oversight issues associated with stablecoin arrangements and coordinate with other standard-setting bodies.

Digital currencies and the soul of money
Continue reading... 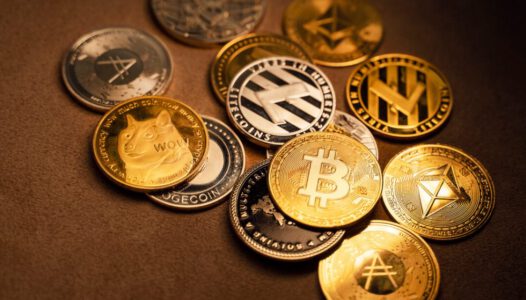