Economic crime scholarship presents an organisation as a double-edged sword. On the one hand, organisations are cheated by their employees, discriminated by corrupt public officials, and face cyberattacks, whereas on the other hand, organisations evade taxes, defraud their customers, and cheat competitors. While fraud, corruption and other forms of economic crime cause immense losses to individual organisations as well to society, many of those crimes are committed by organisations themselves. On Thursday, February 4, 2021 the 2nd Winter Economic Crime Symposium – Organizations: Beyond Victims and Perpetrators was held online by the Centre for Counter-Fraud Studies at the University of Portsmouth. The event sought to explore the network of relationships inside and between organisations and how it should not be reduced to two groups, victims and perpetrators. With a theme focused on economic crime, several professionals gave keynote presentations on a range of topics from brand protection, corruption, corporate compliance, foreign bribery, and intellectual property (IP) crime. The Risk & Compliance Platform Europe was also a media partner and covered the event via its website. This is part four.

Dr. David Shepherd (Senior Lecturer in Economic Crime at the University of Portsmouth) gave his presentation on intellectual property (IP) crime. He started off by stating that there are repeated complaints that IP crime is a neglected subject, and that law enforcement and other regulators are not interested in foreign bribery. He stated that in many respects, IP crime is a type of fraud. He mentioned that there is also an IP crime police unit in the United Kingdom, which is only staffed by 20 people. He pointed out how this gives an indication on the level of interest from the UK government on IP crime, which is quite low in this respect.

The scale of the IP crime problem

Dr. David Shepherd then focused on the scale of the IP crime problem in relation to physical counterfeits. He also gave attention to the problem with a link to safety and product standards. When he initially began researching into this area, he came to the realisation that the IP crime problem is very large and that it is largely an under researched area. He also highlighted the scale of the problem in terms of money. He talked about how it spread and because of this, there isn’t a lot of current data out there. From a perspective on international trade, he stated that the Organisation for Economic Cooperation and Development (OECD) and other bodies estimate that it’s half a trillion pounds worth per year of counterfeit physical goods to societies worldwide. He said that if we add on domestic counterfeiting and online piracy, then we get 800 million dollars per year in intellectual property crime. And then, he said if you add the other elements of the consequential impacts, we arrive at a total annual cost to societies across the world of around a trillion dollars per year, which underscores how large the IP crime problem truly is.

He then brought up how governments are starting to take heed of these issues. The UK government, he said, is starting to put together a plan to address the IP crime problem, but that it is very immature at the moment. He then talked about the main product groups involved in counterfeit products sold across the world. He said that they are all low value (generally), high volume manufactured products, very small and easy to put and pose via logistics. The key point to be made here, as he stated, is that it involves a very narrow range of products, very light weight, cheap products, which contributes to most of the trade across the world. In terms of the broad illicit trade going on worldwide, IP crime is a form of illicit trade. When it comes to seizures, he gave some more statistics here and stated that physical counterfeits and medical products account for nearly half of the customs and border agency seizures across the world. This means that nearly half of what is being seized are physical counterfeit products.

Further statistics given by Dr. David Shepherd again only highlight the scale and narrow range of products that are being dealt with. 63% of counterfeit physical goods come from China and Hong Kong, so it’s coming from one region in the world. 72% comes from five countries. He observed that it is quite an unusual type of crime because it centers predominantly in one region in the world. He also wanted to underline how the IP crime problem is different in some respects to other economic crimes because it tends to focus on a small range of product groups and that it focuses on the issue largely from a supply side from one country. As such, he noted how it presents opportunities for governance and law enforcement, which is probably different in comparison to many other types of economic crime.

The impacts of IP crime

Dr. David Shepherd made an effort to point out that the impacts felt from IP crime is not solely about businesses losing money, profits, etc. It’s also about the social and economic impacts on societies and consumers. Using a report published by the OECD, it gives an indication of the level of intellectual property crime in the UK worth 14 billion pounds per year, which accounts for 32% of imports. 53% is sold on primary markets, which means that consumers are most likely unaware that the market is selling a counterfeit product and that they are buying a fake product, so it’s a fraud. He went on and stated that it costs 87,000 jobs and four billion pounds of lost tax revenue in the UK, which means that the government doesn’t have enough money to invest in social programs. So, as he maintained, the IP crime problem has a significant impact in the UK. You could then multiply these figures and apply it to the rest of the world.

Then, where it got evidently most interesting for Dr. David Shepherd in his research is on the link between IP crime and health and safety. He then showed a couple of pictures showing fake Pfizer drugs and cosmetic products being manufactured by some factories in the Far East. One picture showed the damage to one’s face caused by the use of a counterfeit cosmetic product. He stated that clearly no one wants to use any of these products manufactured by these factories as these products can cause a lot of health damage. He stated that the World Health Organisation (WHO) estimates that 72,000 children die from pneumonia each year as a result of fake antibiotics and 116,000 die each year from fake antimalarial medication. He mentioned that this is only two types of health problems, so the total scale is unknown and that this is only the tip of the iceberg.

More relevant in today’s time, he also talked about how we have had people sell illicit fake cures for COVID-19. A report made by BBC, as he stated, shows that these fake cures hold high levels of mold and bacteria and thus makes people more ill. In addition to the health issue, is the safety issue. He then showed a picture of a counterfeit pressure relief valve (it prevents an engine from blowing up) versus a real one and noted how both items looked the same and performed the same function. One was made in China and the other one was made in Australia. He then showed another picture of a legitimate item he retrieved from a UK website and noted how the package had the right price, the original product code, the business address, email address, the terms and conditions, etc. Then Dr. David Shepherd showed another picture from another UK website of a fake item ostensibly for the same product. It advertises the fake product on social media platforms such as on its own website, Facebook, Twitter, etc. The price of the item, as he stated, is half of that of the genuine item, has no VAT number, no business address, no email address, etc.

So, this fake item, as he pointed out, is attempting to pass off as a legitimate item when in fact it is not. The item turns out to be a pressure relief valve manufactured in China, which is a fake product. He then gave another example of fake versus genuine car part items and stated that 36,000 deaths and half a million injuries are caused each year due to fake spare car parts in the UK, so it’s a very dangerous business, as he mentioned. He stated that some people ask themselves: if I can buy a product that looks the same and functions the same for half the price, what’s the problem? So, this ties back in with what he spoke about with regards to health and safety. The problem is that people can get injured or die as a result of fake products, so they may look the same, but they are not.

Legitimate businesses versus the criminal enterprise

On the other hand, criminal enterprises, as he discussed, are not interested in any of this at all. They don’t produce quality products, they criminalise the market, and they kill and injure people. So, from his standpoint, it seems that this virtuous circle of IP rights, investment and product standards has worked very well for us for decades now in keeping us safe and by ensuring that the products that reach us are predominantly safe. However, he stated that this is under attack, particularly by markets in the Far East, which account for two thirds of counterfeit products coming into the UK, USA and Europe. They are selling unsafe, dangerous products to us, which is making our societies unsafe.

Dr. David Shepherd concluded by stating that while undertaking his research on intellectual property crime, he discovered that it is a major problem mainly based in one region, China. Physical counterfeit products cause significant harm to society and to economies, causing millions of injuries and deaths per year. We therefore need to be looking at how businesses can find better ways to protect their intellectual property rights. This includes helping law enforcement to support businesses in order to keep us safe. 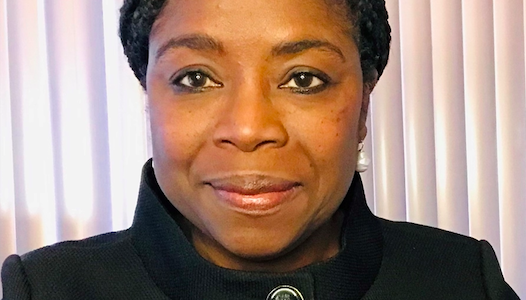 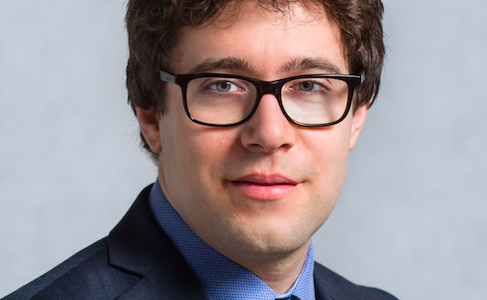 Dr. Branislav Hock: “What happens behind the scenes when foreign anti-bribery negotiations are being settled?”
Continue reading...