The financial and sovereign crises have markedly changed our understanding of financial interactions in the Economic and Monetary Union. We have experienced how quickly apparent integration among Member States can unravel and how it can pose a threat to economic activity, job creation and price stability.

The degree of retrenchment was particularly seen in the cross-border financing of banks and sovereigns. At the height of the crisis, banks which relied on cross-border wholesale markets saw their funding dry up and sovereign debt holdings retrenched behind national borders. The implications for the real economy were highly damaging. Not only cross-border financing for investments dried up, but lending to the domestic real economy broke down. Without fully developed cross-border capital markets, and with fiscal policy unable to provide full insurance, the euro area was left without risk-sharing arrangements.
The free flow of capital should not be restrained beforehand, even though it does permit the fast unravelling in times of crisis. After all, free capital flow is a pre-condition for financial integration. Instead, the conclusion is rather to promote initiatives that enhance risk-sharing across member states, such as the Banking Union and the Capital Markets Union, and at the same time improve the overall regulatory and policy framework to reduce the incidence of crises.
With the experience of this financial and sovereign crisis, we have improved our understanding of financial interlinkages, our datasets and ultimately also improved the regulatory and policy framework. In addition, an important change to the framework was the operational start of the SSM on 4 November 2014, when macro-prudential responsibilities were also attributed to the ECB.
In the following section I will dwell on the importance of these macro-prudential powers for promoting financial integration. I will share first-hand experience in the implementation of macro-prudential measures and give my views on the requisites for a genuine Capital Markets Union. I will finally conclude by outlining a path for strengthening the overall macro-prudential framework.

The ECB in the European macro-prudential framework

The ECB and national authorities have a series of macro-prudential instruments available. Some of these tools in the CRR/CRDIV, like the Systemic Risk Buffer and measures under Article 458 have been available for more than a year now, while others, such as the O-SII or G-SII [4] buffers, will gradually become available over the next years.
However, not all macro-prudential tools have been harmonised at EU level. National authorities – also within the SSM – have retained direct responsibilities for some instruments, especially for borrower-based measures in the real estate sector, such as caps on loan-to-value ratios (LTVs) and debt-service-to-income ratios (DSTIs). [5] The national focus bears the risk that these measures, which have been found in recent research to be quite effective [6] are applied, neglecting their cross-border spillovers. In fact, if borrower-based measures curtail the demand for loans in one country, cross-border banks will adjust their lending to other countries. [7] The ECB, besides having the competence to top-up the measures taken at national level foreseen in the CRD IV/CRR, also has the role of ensuring a consistent implementation within the euro area accounting for potential spillovers. This implies fostering a common understanding of risks, a joint development of analytical tools and, ultimately, a consistent application of macro-prudential policies. For this purpose, the ECB directly interacts with national central banks and supervisors of each SSM country.
At the technical level, it is the ECB’s Financial Stability Committee with its analysis and policy group that provides the platform for these interactions. The experience so far has led to a better understanding of data availability across countries, a more consistent use of early warning indicators and to more harmonised modelling approaches across euro area countries.
But advances are not limited to the assessments of risks and policy measures. We have also developed the decision-making process to adequately take into account macro-prudential considerations through internal procedures and to ensure that the intentions for policy measures are adequately shared early on among the institutions involved.
A consistent macro-prudential approach provides the platform for financial integration whilst the co-ordinating role of the ECB facilitates and ensures a consistent implementation.

The ultimate purpose of a consistent implementation is to ensure that a high level of financial integration in the monetary union does not pose a threat to financial stability. By taming the financial cycle and by curtailing excessive risk-taking we reduce the misallocation of capital and bring the financial system to perform its main function: the efficient and prudent intermediation from savers to investors – including cross-border intermediation.
Evidence indicates that cross-border flows are highly pro-cyclical. [8] They thus make an important contribution to the build-up of imbalances also in local markets, such as the real estate. [9] By taming the financial cycle, macro-prudential policy reduces the short-term and volatile financing. It fosters instead sustainable financial integration in the monetary union in order to withstand common and asymmetric shocks.
To be fully capable to influence the financial cycle, a robust regulatory and macro-prudential framework requires that national supervisors recognise or reciprocate the regulatory and policy measures of the other countries. If reciprocity is applied only selectively, the level playing field is at risk and regulatory arbitrage will generate unintended negative spillovers. I imagine that a wide range of macro-prudential measures would benefit from automatic and mandatory reciprocity. Within the euro area, we have up until now only seen a single reciprocity arrangement on a voluntary basis. This was the application of higher risk weights for Belgian mortgage lending by Dutch authorities.
I understand that a framework for analysing cross-country spillovers and the application of reciprocity is currently also being developed in an Expert Group within the ESRB chaired by the European Commission. I am looking forward to specific recommendations that safeguard the Single Market and simultaneously provide for a lenient and transparent application of reciprocity to promote financial stability in Europe.

In order to make CMU a success with stronger capital markets and deeper cross-border financial integration in bank- and market-based financing, we need to further strengthen the European macro-prudential framework. The current framework focuses on the banking sector.
With regard to the bank-based tools, our experience at the Financial Stability Committee revealed that even the instruments in the CRR/CRDIV framework are not homogeneously implemented at the EU level. [21] Some of the shortcomings can be addressed through the continuous exchange between national authorities and the ECB, but other aspects require legal changes in the SSM Regulation and in the CRR/CRDIV framework. These legal changes also involve complementing the toolkit available at the European level with additional instruments. Limits to the loan-to-value (LTV) or debt service-to-income (DTI) ratios – currently under national legislation – do have cross-border implications and their effectiveness would be strengthened if made available to the ECB. If applied incoherently, they can distort the Single Market, obstruct financial integration and weaken financial stability.
Progress on these issues will be made once the European Commission Report on the revision of the macro-prudential regulatory framework for consultation is available.
However, to safeguard financial stability in a financially integrated monetary union, the instruments for the banking sector are not enough. In fact, as I explained, CMU will ease the flow of capital among euro area countries. Providing macro-prudential authorities with the tools to deal with systemic risks in market-based entities and activities is therefore of utmost importance.
Currently, the ECB can only indirectly limit some of the risks from the non-bank sector by imposing certain macro-prudential tools on banks.
I see the need for strengthening and extending the perimeter of macro-prudential policies in two broad ways to increase resilience, reduce contagion between banks and non-banks and promote financial integration.
First, it is necessary to intensify the supervision of systemically important non-bank institutions. We need to curtail risks from these systemic players and raise their resilience through the financial cycle. A first step in this direction is the work done by the Financial Stability Board (FSB) that develops a common methodology to identify systemically significant non-bank and non-insurers. [22] The FSB is currently also working on the systemic risks in the asset management industry.
Macro-prudential policy needs to monitor and eventually counter these systemic risks by extending its toolkit. Specifically, additional liquidity requirements, guided stress tests, minimum and time-varying load, and redemption fees should be part of the macro-prudential toolbox. [23] Also, well defined limits to leverage, especially synthetic leverage built-up with derivatives, should also be introduced.
Other measures concern activities or instruments used in the market- based financial sector. In particular, I have in mind minimum and countercyclical haircuts for Securities Financing Transactions (SFT). Countercyclical haircuts would limit volatility and leverage in financial markets more effectively than the minimum haircut requirements recently recommended by the FSB. [24] These countercyclical requirements could be complemented by countercyclical margin requirements applied to Central Counterparties. Another important FSB workstream focuses on re-hypothecation and re-use of securities in the repo market. These create chains of inside liquidity that enhance the “illusion of liquidity”, which tend to disappear in times of stress. I would encourage further work in order to understand the effects of these tools and how best to apply them in practice.

Let me conclude. Financial markets play a crucial role in promoting risk-sharing in a monetary union with strict budgetary rules and with conventional monetary policy unable to address asymmetric shocks. Furthering financial integration, namely with an ambitiously implemented Capital Markets Union, would facilitate capital flows across sectors and countries, ultimately improving risk-sharing across countries. But reaping the benefits from integration without raising financial stability concerns requires adjustments to the macro-prudential toolkit.
The current bank-centred framework has its limits. Improvements require a more harmonised legal framework involving the review of the CRR/CRDIV framework and an extension of the toolkit to the non-banking sector and to market-based instruments. This will be a gradual process, but we need to address it already now while designing the Capital Markets Union, in order to ensure a successful and sustainable financial integration in Europe. 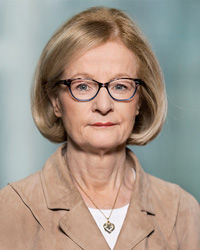 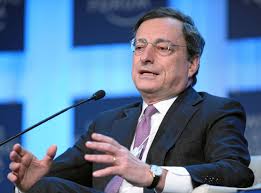