Eurojust supported the Romanian and Italian authorities in an investigation that concluded with the indictment of five Italian citizens accused of defrauding the EU of at least EUR 800 000 worth of EU agricultural funds. The fraudsters and four companies they set up first face trial in Romania. A trial for self money laundering will take place in Italy at a later date. Judicial authorities from Romania and Italy met yesterday in Enna, Italy, to evaluate the joint investigation team (JIT) that unveiled the fraud. The case was brought to Eurojust by the Romanian authorities in 2019.

The five Italian citizens allegedly set up shell companies in Romania to illegally obtain EU funds from the Romanian Agency for Payments and Intervention for Agriculture (APIA) for planting and selling tomatoes in the 2017 campaign. They drafted and submitted documents with false information on seed purchases and on tomato sales.

According to the investigations, the EU funds were never used to plant and sell tomatoes in Romania. The fraudsters transferred the money to several bank accounts and eventually withdrew it as cash from ATMs located in Italy (mainly in Nicosia, in the province of Enna).

The five Italian citizens appear to have committed multiple frauds in the agricultural sector in different countries since 2015. The frauds have generated approximately EUR 21 million, which has since been reinvested by the Italian citizens in Romania and elsewhere.

The five suspects and the companies they set up in Romania were indicted in 2021. They now face trial in Romania on charges of fraud against the financial interests of the European Union and forming an organised criminal group. The same accused persons have been charged by the Public Prosecutor’s Office of Enna for self money laundering and will face the court in Italy for this accusation in October 2022.

Eurojust assisted the Romanian and Italian judicial authorities in the exchange of information and coordination of parallel investigations. In particular, the Agency provided assistance on the issuance and enforcement of freezing orders on the assets of the suspects and their companies.

Eurojust also helped the countries to determine the most suitable jurisdiction for prosecution and gave advice to prevent multiple legal actions against perpetrators for the same offence, thereby avoiding a breach of the so-called ne bis in idem principle.

The evaluation meeting underlined the good cooperation between Eurojust and the national authorities to fight organised crime and was held in the ‘Falcone e Borsellino’ auditorium of the Public Prosecutor’s Office of Enna.

The following authorities took part in the investigation:

Businesses and consumers to be given increased protections from criminal activity
Continue reading... 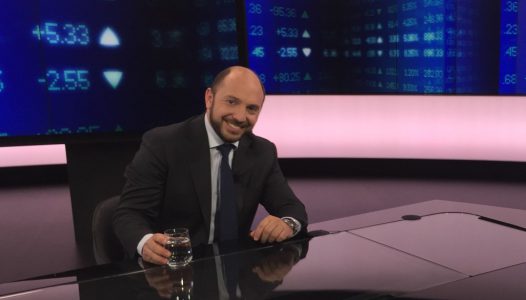 The failure of ABN Amro and other systemic banks to control money laundering from the perspective of HVA International
Continue reading...