This is the second part in a series of two articles written by me about government control of investments in strategic enterprises following the Covid-19 outbreak. The first part can be found in the related items section. Taking into account the guidance outlined in the first part and to guard against the risks of predatory acquisitions of strategic national enterprises, various European countries, including Italy, France, Spain and Germany, have taken action with regard to the screening of foreign direct investments.

In Italy, for example, Decree Law no. 23 of 8 April 2020 (the so-called “Liquidity Decree”) has introduced “urgent measures regarding (…) special powers in strategic sectors”. These measures have altered the Italian golden power legal framework by increasing the range of sectors of strategic importance as well as the range of transactions and parties of which notification must be given. In the first case, the Liquidity Decree has placed further strategic sectors under the government’s golden power, such as food security and access to sensitive information. In the second case, it has definitively introduced additional requirements for acquisitions of equity interests in companies that hold assets and interests in strategic sectors and temporarily (up to 31 December 2020) made it compulsory to give notice of numerous other corporate transactions. Finally, there are now enhanced obligations to report substantial interests and investment goals to the Italian regulator (CONSOB). This last intervention, unlike the previous ones, is not a direct part of the golden power rule but is a useful corollary that supports the screening mechanisms put in place to protect the national economy.

In France, changes were actually introduced before the Covid-19 emergency exploded, through Decree no. 2019-1590 of 31 December 2019. However, the changes came into force on 1 April 2020. Since that date the reporting thresholds (a certain percentage of capital or voting rights) for substantial interests have been lowered; the exemption for EU/EEA parties has been confirmed, on condition that all the parties in the control chain of the target company are resident in the EU or EEA; the concept of ‘foreign investors’ has been extended by eliminating any distinction between EU and non-EU parties. The range of strategic sectors already contemplated in the previous legislative framework (transport, telecommunications, energy and water supply, cybersecurity, AI, robotics, etc.) has also been expanded, by adding food production and distribution, publishing and the press, technology R&D, and energy conservation.

Spain, when the pandemic broke out, was one of the countries attracting the highest flows of foreign direct investments. A likely contributing factor was its deregulation of foreign direct investments. However, this system was interrupted by Royal Decree Law no. 8/2020 of 17 March, introducing urgent and special measures to stem the economic and social impacts of Covid-19.

This decree law, subsequently amended by Royal Decree Law no. 11 of 31 March 2020, stipulates that investments by parties resident in non-EU or non-EFTA countries are subject to government authorisation if they involve the acquisition of more than 10 percent of the target company’s capital or result in the foreign investor acquiring management rights or controlling the target (if the company is operational in certain sector as critical infrastructure, critical technologies and dual-use items, supply of fundamental inputs, sectors with access to sensitive information, media and other sector were public interest may be affected). This rule applies even if the investor acts through a company resident in an EU or EFTA country. The rule is triggered when a transaction exceeds EUR1 million and any unauthorised transactions will be null and void.

In Germany too, it tends to strengthen its state powers over foreign investments, in order to prevent possible hostile takeover bids by foreigners. Indeed, one of the provisions of a recently tabled bill is to include further cases in which the German government may use its special powers to screen foreign investments. The current rules on foreign direct investments allow the Federal Ministry for Economic Affairs and Energy (BMWi) to screen (direct or indirect) acquisitions of 10 percent or more of shares or voting rights in strategic German enterprises by parties not resident in the EEA.

More specifically, the bill provides that the BMWi may also screen transactions that could “potentially harm” public policy and national security. This provision would replace the current precondition for application of the BMWi’s special powers, which is a “sufficiently serious and existing threat”. With regard to strategic sectors, the bill extends the scope of application of the rules to include (amongst others) AI, robotics, semi-conductors, biotechnology, digital radio of authorities, personal protective equipment and quantum technology. In terms of coordination with EU law, the bill also proposes to implement Regulation (EU) 2019/452.

The fear that the Covid-19 crisis, by eroding the value of companies, may encourage predatory buying of strategic enterprises has therefore driven various EU Member States to take defensive action. However, the development of a country’s internal economy requires a balanced flow of capital, which, in turn, presupposes a balanced use of screening by its government. An excessive level of protection could be a further cost to the economy of a nation, on top of the already numerous disastrous consequences of the pandemic. It will therefore be up to the countries concerned to monitor the current restrictions and to evaluate the implications once the emergency is over.

The author, Francesco Salerno is a responsible partner of the legal sector of Studio Associato (KPMG), a professional association under Italian law belonging to the KPMG International network. He teaches and participates as a speaker at conferences. He is also the author of monographic writings and essays on issues relating to corporate, banking, financial and commercial matters in general. 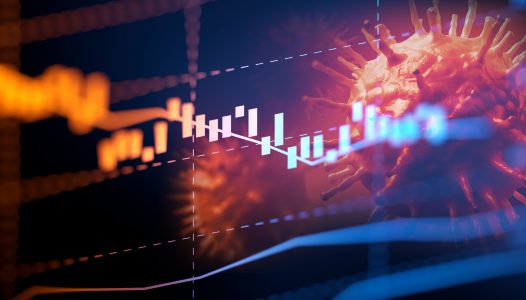