On Wednesday, March 31, 2021 the Ethics in the Age of Digital Finance: Issues and Challenges event was held online, which was organised jointly by the Observatoire de la Finance (Geneva) and the Hoffmann Global Institute for Business and Society (INSEAD). From online banking to contactless payments and cryptocurrencies, financial technology – or FinTech – is rapidly impacting the financial services industry and those who must supervise and use it. The webinar presented an invaluable opportunity to engage in a meaningful discussion on how new technologies impact financial services and what the ethical opportunities and challenges are by the digitisation of finance. It also introduced the audience to the global Prize “Ethics & Trust in Finance for a Sustainable Future” that was initiated in 2006 by the Observatoire de la Finance. The Risk & Compliance Platform Europe also took part in this online event and covered it via its website. This is part two in a series of three articles on this webinar.

There were several speakers that gave presentations and took part in the panel discussion, including leading experts representing viewpoints from academia and industry, as well as previous winners of the global Prize. They were:

Digitalisation has created a virtual world based on data, graphs and metrics

Professor Dembinski was another special speaker of the afternoon and he started off his presentation by discussing four key points that, from his perspective, seem to be important when we think about finance in the age digitalisation. He also sought to address the ethical concerns that seem to be fundamental from his point of view.

He stated that it is obvious that during the last year that digitalisation in finance has made great strides. Two years ago, we could have discussed the pros and cons of digitalisation from the finance perspective, however, today we know that there is no alternative. We have to live with digitalisation as long as our systems remain intact. He continued by stating that we know that we cannot do without it and, that it means that we have to understand it.

He said that in finance and everywhere where we have to deal with digitalisation, it is vital not to lose contact with reality. So, doing a reality check and going beyond or behind the figures, graphs and numbers to understand what is behind them is the first ethical concern from Professor Dembinski’s perspective. He believes that this particular ethical concern is important for us to share and develop as the first step towards better ethical awareness in our times of digitalisation.

The second key point that he addressed during his talk is the fact that artificial intelligence (AI), big data and machine learning are all tools widely used in finance and other sectors. He said that they are all at the very core of many FinTech products and solutions. Moreover, they provide the users with an automatic way for decision making, but the decision to use such a tool to go for automation has to be a prudent decision, and a conscious decision with the required due diligence. This due diligence, in turn, also has an ethical dimension, such as:

These are just some of the main ethical questions that are not self-evident; they have to be kept in mind by those that make the decisions on automation, which cannot solely be left up to a cost/benefit analysis way of thinking. So, the ethical dimension, as Professor Dembinski stated, has to be present in the places where we use AI, big data and machine learning tools.

The third point he made in his talk is that digitalisation breeds complexity, and complexity tends to blur the sense of responsibility. He stated that some people tend to say: ‘no it’s not me, or you, it’s the system, it’s the procedure, the routine’, or in other words, it is something that is outside of their reach. He claimed that this is an easy answer, which to some extent takes away the sense of responsibility.

The distance between what a person does, and the consequence of their deeds tends to extend farther and farther. Professor Dembinski stated that this is known as moral distance, and this not only needs to be acknowledged, but also has to be addressed. As he stated, if we do not monitor and do not harness this moral distance, we slowly enter into the field of irresponsibility: nobody is in charge.

The fourth and final point that he sought to bring to attention is that this also has to do with moral distancing because if this is left unaddressed and left to progress with digitalisation as is, then we will witness what is called a moral regression. He continued that this moral regression would leave the entire field to regulators to sanctions and to lawyers. Young professionals will be left without a moral compass because in their teachings, in their training, in corporate culture and in the professional anthology, the ethical issue will have been forgotten. He ended his presentation by stating that in order to compensate for moral distance and to avoid moral regression, we need to build awareness of ethical issues in finance and in times of digitalisation. 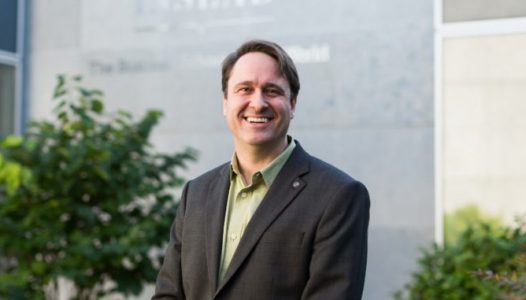 Professor Peter Zemsky: “The real challenge with technology is that it is just not possible for regulation to keep up with change”
Continue reading...