So, what is the story behind the recent Gawlik vs. Liechtenstein case?

German citizen, Mr. Lothar Gawlik (“the applicant”) served as deputy chief physician of the department for internal medicine at the Liechtenstein National Hospital. From the hospital electronic system, he became suspicious that his superior was performing euthanasia, which is illegal in Liechtenstein. The applicant did not use the internal whistleblowing system run by the hospital, nor did he attempt to verify his suspicions, for example by consolidating the paper health records kept by the hospital. Instead, he informed the President of the Control Committee of the Liechtenstein Parliament about his suspicions, as well as to the police two days later.

The applicant was subsequently suspended from office a few days after the investigation had started. The hospital asked the external medical expert to look into the matter. The expert concluded that no active euthanasia had been practised on the ten patients in question. The hospital then terminated the employment contract with the applicant.

The applicant then sought compensation for the loss of salary and further pecuniary and non‑pecuniary damage at the courts in Liechtenstein. The case went to the Liechtenstein Supreme Court at the end, which dismissed the applicant’s actions. The Court justified its decision by the fact that the applicant had not taken any further steps to verify his serious suspicions, and instead made it available to third parties. By doing so, it resulted in a serious breach of trust in relation to his employer, which justified his dismissal.

Six basic criteria for whistleblower protection according to the ECHR

Mr. Gawlik then turned to the ECHR. He claimed that his dismissal which resulted from the previous criminal complaint constituted an interference with his right to freedom of expression under article 10 of the European Convention on Human Rights.

The ECHR sums up six fundamental principles for assessing proportionality of the interference with   freedom of expression of the internal whistleblower (employee) in question.

What are those principles and how do they apply in this particular case?

The nature and the importance of the public interest in question is to be assessed first.

The ECHR stated that the suspicions of repeatedly practised active euthanasia, as well as a risk of repeating such offences, was of considerable public interest.

The ECHR stressed that the freedom of expression carries with it duties and responsibilities, and any person who chooses to disclose information must carefully verify, to the extent permitted by the circumstances, that it is accurate and reliable.

The applicant failed to do so in this case. Although he was aware that the hospital’s electronic system did not contain complete health records, he did not even try to substantiate his suspicions.

Another important question is what damage was caused to the employer as a result of the suspicious disclosure.

The ECHR stated that the public interest was really important in this case. On the other hand, the applicant did not verify his suspicions, and the interference with his former employer and his superior rights was, therefore, disproportionate.

The existence and prior use of internal whistleblowing channels is a very interesting criterion from the point of view of the whistleblowing process. It should therefore be considered whether the whistleblower turned to his/her superior with the suspicion of illegal activities, or otherwise informed his/her employer by other means. Obviously, it would not apply when the whistleblower has strong indications that the infringement is committed with the knowledge of / or at the direction of the organisation’s top management.

In this case, the applicant suspected his superior of the illegal activity, so it is quite understandable that he did want to report the suspicion to him. On the other hand, a hospital run internal whistleblowing channel was set up to receive whistleblowing notifications, including anonymous ones. The applicant did not use this channel, nor did he inform the hospital management.

The ECHR stated that in general, it is advisable to use the internal whistleblowing channel first or to raise the suspicions directly to the top management. But it was not made clear if the employees were properly informed about the use of the internal whistleblowing channels and the possibility to submit anonymous reports. For that reason, the ECHR did not assess this question and left it up to the national courts to make a decision on this matter.

When deciding whether the actions of the whistleblower enjoy protection, his motivation is also an important factor to consider. The ECHR cited personal revenge or, conversely, the pursuit of personal benefit from a published notice as examples of conduct that does not enjoy legal protection. In principle, only acting in good faith should enjoy protection.

With regards to the applicant’s motivation, the ECHR found that neither in the national court proceedings, nor in the proceedings of the ECHR, were circumstances indicating personal motivation found.

The severity of the sanction imposed on the applicant is an important aspect too.

The applicant’s dismissal constituted the heaviest sanction possible under the labour law according to the ECHR. In this particular case, this sanction also led to the applicant and his family having to leave Liechtenstein, as it led to the loss of his residence permit as a foreign national without employment.

No breach of Convention found

Based on the above mentioned criterions and their application in the Gawlik vs. Liechtenstein case, the ECHR concluded that there had been no breach in the applicant’s right to freedom of expression. The ECHR found that although the applicant acted in good faith, he did not even try to verify his very serious suspicions and decided to disclose it instead to other persons. The ECHR concluded that the interference to his right to freedom of expression was legitimate and proportionate and thus, there had been no breach of article 10 of the European Convention on Human Rights.

General whistleblowing legislation will be something new in many EU member states. The ECHR jurisprudence could be, among other sources, important for the interpretation of some legal instruments of this new law.

Then we come to the question of the whistleblower protection regulation stipulated in article 6 of the Directive. The conditions for whistleblower protection of the employee in question was provided in the report published in article 15, which states that fines shall be applicable for persons who knowingly reported or publicly disclosed false information requested by article 23 of the Directive. In this entire situation, several commented aspects or questions should be addressed, especially with regards to the severity of protected public interest, the authenticity of the disclosed information, or prior usage of internal whistleblowing channels. The ECHR’s case on law reflection is one of the important bases for a legitimate, fair, and predictable application of those principles in practice.

The author, František Nonnemann, has worked for 10 years at the Office for Personal Data Protection, among others as the director of the analytical department or the head of the legal department. Since 2016 he has been working in the financial sector, first as a commissioner for personal data protection and a client ombudsman in the MONETA financial group, and since 2019 as a compliance and operational risk manager in the fintech company MallPay. He lectures and publishes mainly on the topic of personal data protection. He is also, among other things, a co-author of comments on the GDPR or the law on personal data processing. He is a member of the Committee of the Association for the Protection of Personal Data. He is also a blogger for the Czech/Slovakian language website of the Risk & Compliance Platform Europe. 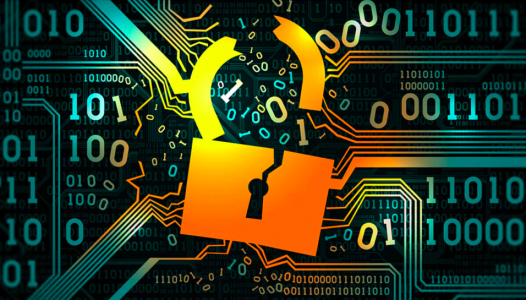