The SOMI Foundation has sued TikTok on June 2, 2021 for violating privacy laws through a mass claim on behalf of parents whose children have used TikTok. The claim amount can reach more than € 1.4 billion. According to the foundation, TikTok is negligent when it comes to ensuring the safety and privacy of children on the platform. Internationally, this has already led to multiple deaths among minors. According to the foundation, it is therefore necessary to “intervene as soon as possible”.

Children under 13 years old: € 2,000, children aged 13, 14 and 15: € 1,000, and children aged 16 and 17: € 500. These are the amounts that the Foundation for Market Information Research (SOMI) claims as compensation for the participants in its mass claim against TikTok. All in all, the mass claim can amount to more than € 1.4 billion, based on the amount of more than 1 million underage users in the Netherlands. But most importantly, according to the foundation: “A court decision can directly limit the practices of TikTok – and other social media platforms. In the past year, we have filed letters of complaint to TikTok and several European supervisory authorities, but we have not seen any substantive results. This is the reason we have decided not to wait for the authorities to investigate and to take legal action immediately, ”says Cor Wijtvliet, co-founder of SOMI.

According to SOMI, TikTok violates European regulations by profiling children for marketing purposes, failing to properly request consent for the use of data and not specifying which data are collected for which purposes. The company also collects and stores much more data than necessary. In addition, TikTok fails to meet the requirements for storing and securing data as imposed by the European GDPR (General Data Protection Regulation).

Most importantly; the Chinese social media platform does not sufficiently ensure the safety of minors. The media from all over the world have reported accidents resulting from participation in challenges promoted by the platform. Some case even resulted in death: in early 2021, a ten-year-old Italian girl died after taking part in the Blackout Challenge, in which participants deliberately film themselves suffocating for as long as possible.

SOMI extends its charges against TikTok with the claim that the platform does not adhere to the European Audiovisual Media Services (AVMS) Directive, which specify a set of rules to protect children from harmful video content. In addition, the foundation considers it unlawful act that TikTok fails to adequately keep illegal content from the platform, out of the sight of children. SOMI also believes that general content on TikTok can also be harmful to young adults, for example, (numerous) hidden advertising for harmful products and content that promotes unrealistic beauty ideals, which can lead to problems such as self-harm and eating disorders.

The first step of the legal process has been taken today. SOMI’s legal team, privacy experts from the law firm SOLV under the leadership of Douwe Linders, have sent an official subpoena to TikTok Technology Limited. The summons follows an earlier request this month to hold discussions with TikTok. In response, the Chinese tech giant stated that they do not believe that there have been any violations of the law and that SOMI’s objections have no factual basis.

Douwe Linders, partner at SOLV: “The risks of children on TikTok should not be underestimated and the good intentions of TikTok should not be overestimated. It often seems nice and harmless, but TikTok is just a profiling and advertising machine. SOMI has a strong cause and we will fight for the interests of our supporters. But a tech giant like TikTok is not likely to give in. We have to be patient and careful.”

In addition to the summons, the claim is included in the register for collective claims at the court, so that it is recognised under the ‘Dutch Act on Collective damages claims’ (WAMCA).

The claim against TikTok is based on all Dutch underage users of the platform. SOMI has been building the case for quite some time and now has more than 64,000 European participants whom they directly represent: “In order to provide the correct evidence, we must be able to demonstrate substantively that TikTok is in breach of the legislation. We can only do that when we have examples of this. We therefore ask on behalf of our users how TikTok has stored personal data and with whom they share the data. According to the GDPR, they are obliged to share this information. With this evidence, we can conduct a case before the Dutch court on behalf of all possible Dutch victims,” ​​says Wijtvliet. If successful, the compensation will be distributed via a claims handler with anyone who can prove that they have used TikTok. First of all, with the registered participants.

The Foundation for Market Information Research (SOMI) is a non-profit organisation set up to represent the interests of consumers and minors; in particular against the online services that violate privacy, consumer and fundamental rights. SOMI also represents the interests of home owners and home seekers with regard to (information about) real estate financing. In 2016 and 2017, SOMI conducted legal and econometric research into cartel formation by large banks in the Dutch mortgage market. The unique thing about this action was that the participants are also invited to share their knowledge (crowdsourcing). The research has resulted in an online calculator, which provides insight into the consequences of cartel formation for individual home owners. In addition to alleged violations by TikTok, SOMI is currently investigating possible violations of the GDPR by the video calling service Zoom Communications and the European governments collaborations with American data analysis firm Palantir. 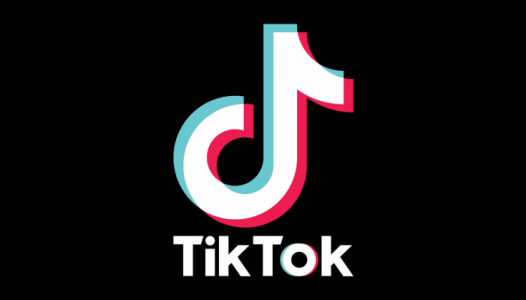