The last three years have seen some seismic changes in both EU and UK anti-money laundering legislation along with related enforcement reporting initiatives. Updated Money Laundering Regulations were enacted in 2017. In early 2018, the Treasury set up a new body; the Office for Professional Body Anti-Money Laundering Supervision (OPBAS), to act as a ‘supervisor’ of AML supervisors with the responsibility for monitoring money laundering activity. 2018 also saw the first ‘Unexplained Wealth Order’ (UWO’s). The EU Parliament brought into force the sixth AML Directive with some stark changes to both penalties and reporting and data sharing policies.

At first, these developments seemed promising. Promoted by grand clichés of ‘tough new measures’ and ‘cracking down on’, the new measures promise ‘progress’ when these new apolitical steps appealed to those who welcome either the (over)simplifying of enforcement against money laundering or appeasing a nationalistic political mood, when it suits. But the reality is not a single case has been prosecuted for breach of the Money Laundering Regulations enforced in 2017. Likewise, the criminal convictions for money laundering (Proceeds for Crime Act 2002) have been a minority of alarming proportions.

Theresa May, in the roles of both Home Secretary and Prime Minister who averted her eyes to the billions in Russian Oligarchs money pouring in as Tory donorships was stony silent on ‘anything money laundering’ until the Novichok poisonings in March 2018 when a neat political opportunity presented itself.

Equally, the then Foreign Secretary Boris Johnson simply went with the way the wind blew. His pathological hue and cry clamoring after ‘Russia and everything Russian’ revealed the rhetoric ruling the reality. And if David Cameron’s infamous 2016 gaffe about Nigeria and Afghanistan being ‘fantastically corrupt’ was not enough, Johnson has beat him hands down with his press statements that played-to the-gallery and were not even ideologically or legally consistent.

Thereafter, Johnson turned the introduction of UWO’s into a political Exocet missile in the wake of the alleged; ‘to clamp down on wealthy Russian oligarchs’ with properties in London. But the ‘orders’ are already being challenged.

If the objective of the National Crime Agency (NCA) is to seize, to freeze, to confiscate without convictions, then it seems that they are blindly following a political agenda. The NCA utilises the ‘test’ applied to a UWO subject when making a summary judgement themselves under the provisions; that properties were bought with criminal proceeds. Ultimately, this imposes the burden of proof on the defense to show they are not guilty of money laundering. And the alarming inconsistency, political opportunism and silo effect of AML enforcement is having an imploding effect on our ability to deal with money laundering.

More recently in 2018, Margaret Hodge led a coalition for the UK to fall in with the then fifth EU AML Directive. That directive took years to implement and was steered by the Egmont Group, a global network made up of Financial Intelligence Units (FIU’s) from 151 jurisdictions – including the National Crime Agency. The group met in February 2016 to discuss improving the flow of financial intelligence; access to sources of financial information; and expanding the scope of creating Suspicious Transaction Reports (STR’s). Additionally, they sought to expand the definitions of Politically Exposed Persons (‘PEPS’).

Transparency International, after the Panama Papers’ publication, pushed for more public registers – but without knowing who the guilty actually are, and of what. One former international police chief called for the ‘uberisation’ of data sharing, with no thought to the issue that one analyst sharing data with another on the other side of the world is unlikely to know what money laundering actually is. A call for sharing information, which is predictable and readable to criminals – especially canny money launderers, leads to us falling into the same traps whilst money laundering just goes on and on…

The uptake in EU ‘blacklists’ and ‘grey lists’ put the UK on even more shakier footing.

The main point is that it does not apply to UK affiliated offshore financial centers, namely the British Virgin Islands, Bermuda, Jersey, Guernsey, and the Isle of Man, commonly referred to as ‘crown dependencies.’  So why chase legislation that WILL become de-facto unworkable? (unless of course by some miracle we stop all money laundering by 2020).

Where is the consistency?

The banks are now deemed, even by the courts to be a central part of organised crime (vilified by example of HSBC laundering more money in three years that the Russian Mafia did in ten) and despite record fines by the Financial Conduct Authority (FCA) efforts to make those in banks at senior levels accountable, fail miserably.

Considering the case of UBS trader Arif Hussein, accused of manipulating the Libor interbank lending rate, Judge Timothy Herrington pilloried the UK Financial Conduct Authority. Why had the FCA spent five years pursuing the trader while failing to investigate senior managers? The Swiss bank had admitted to systemic rate-rigging and paid $1.5bn in penalties. The answer was simple: “As is the way of these things, the senior people somehow manage to keep their fingerprints off the relevant documents.” And THAT statement was from the FCA’s own counsel. Fast gaining a label as the ‘Fundamentally Complicit Authority’, the FCA handing out fines doesn’t placate the issue of regulators effectively creating immunity for crooked bankers at senior levels. ‘A culture of plausible deniability is widespread’.

Moreover, regulators tolerate dominant and narcissistic CEOs who control the subservient culture in their organisations and surround themselves with acolytes. Governance structures enable such CEOs to hide behind façades of collective decision-making. Most boards provide little if any effective challenges when it all goes wrong, or better put, goes public. When faced with public condemnation, boards usually offer uncritical and unconditional support to their ‘chap in charge’ – and to each other.

Going down the transcending scale

Transparency International made reference to vast amounts of money in commissions being made by real estate agents when facilitating sales of ‘criminal’ properties. A valid point, given that an estimated 86,000 properties are owned through anonymous companies registered in the UK. However, in June 2018, the HMRC told the Treasury Committee that as part of next year’s government ‘spending review’, it plans to end its role as the anti-money laundering regulator of estate agents, looking to other organisations that ‘would be better suited to the task’.

Given that only 0.12% of all reports to the police of suspicious activity in 2015 and 2016 were by estate agents, the HMRC backing out of a national key high risk money laundering area raises the question of who will address this, if agencies are under resourced?

The only viable option would be Companies House, whose operational efficiency is woeful. The ease with which criminals can set up dummy companies gets easier for them instead of harder. On-line facilities are months behind and due diligence borders on the non-existent. Yet again, it is amazing how such a focal risk-point of money laundering in the UK is so lightly resourced and badly managed.

If the UK is the money laundering capital of the world, why is that so? Is it because we are so incompetent, we get overwhelmed? No, it’s probably due to laughably weak money laundering controls, and the ones responsible for controls and regulation in recent history are willing to avert their eyes to billions in illicit revenues pouring into the country, so long as it is poured into the country. It is ably indulged by belated political dramatising having that effect on enforcement. Regrettably, levels of money laundering, especially through the City of London, show no tangible signs of abating.

The author, Ian Ross is a well recognised UK anti-money laundering and compliance expert. He is also a ‘listed expert’ to Cour Pénale Internationale, The International Criminal Court of Justice in The Hague. He is an Investigative Psychologist, an Accredited Counter Fraud Specialist and a Fellow: Chartered Management Institute. 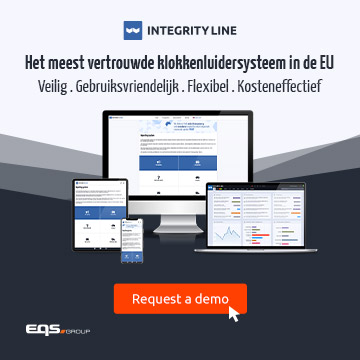