The Risk & Compliance Platform Europe offers a qualitative online database with white papers, case studies and best practice articles on risk and compliance. This free information is used by many professionals to inform and orient a possible purchase or policy decision.

Do you want to publish your white paper / case study / best practice article on the Risk and Compliance Platform Europe? Simply send an email to info@riskcompliance.nl including your contact details and a brief summary of your proposed article. Our editorial staff will contact you as soon as possible to discuss the options for publishing your document / article.

Visitors to the Risk & Compliance Platform Europe can download any white paper / case study / best practice article for free. This service is intended for those with a professional interest in risk and / or compliance.

Stress Testing : Putting the Pieces Together to Solve an Increasingly Intricate Puzzle

As stress testing around the world becomes increasingly intricate, more and more is being asked of firms to have the systems in place to monitor activities, gather data and apply models to analyze it. But is the industry confident it is where it need to be? When a poll of market participants who attended our recent stress testing webinar was asked: “Are you comfortable you can leverage your legacy systems to fulfil these stress-testing requirements?” 14 percent offered an unqualified “yes” and 32 percent an unqualified no; the remaining 54 percent declared themselves “not fully comfortable”. This whitepaper gives a comprehensive overview on the changes in stress-testing practices over the years, the differences in the regional regimes and addresses whether testing 2.0 can be executed effectively with system 1.0.

IT security incidents sometimes are of such nature that the organisation affected by the incident wants to pursue prosecution. However, often the facts are not necessarily immediately communicated to the police for a variety of reasons, including the fact that the ir scope and nature is not clear from the beginning. For prosecution to be successful, the chain of custody needs to be preserved in a legally accepted manner, which requires the evidence to be preserved immediately after the detection of the incident.

It should be noted that communication to law enforcement authorities must be made as soon as possible after discovery of the facts given the volatility of traces and actions that could be taken (Internet identification, etc.). The purpose of these guidelines in this white paper is to help IT services to preserve evidence in an IT security incident in such a way that the investigation by IT security experts or law enforcement authorities can be carried out in an optimal manner.

Financial Risk Management is strongly hindered by the conventional macro-economic vision of the world, assuming stabilising cyclical processes, that are once in a while temporarily taken out of equilibrium due to external shocks. Reality is much more hectic and has more similarities with debt-driven instability created from within the economy. This results in much more severe market crashes and deeper depressions than conventional theory teaches us. This is the theory of Endogenous Instability.

Is an outdated investment management system damaging your business ?

Legacy issues will always be there, even in an outsourcing relationship. What is important for asset managers and their operations teams is that they are able to spot the signs of impending legacy and are prepared for the necessary changes. The following report is designed to help you identify these signs and give you some ideas about how to replace any outdated technology.

Time to get real on culture ! Restoring trust in the financial sector

Although this research was conducted in the Netherlands, these outcomes are relevant to organisations worldwide. In the research for this publication, we conducted a number of in-depth interviews with supervisory board members, senior managers and external regulators. Many of those interviewed recognised the ongoing struggle to restore customer and public trust, the difficulties of achieving this change and the need for strong leadership to build and sustain momentum.

US FCPA and UK Bribery Act

The US FCPA regulation and the UK Bribery Act are coming to the attention of executives and for good reasons. Both are far-reaching regulations that have a large impact. Effectively, they enforce a certain way of doing business that most of us see as the logical and desired way to go. Products and services should be sold based on quality, price and proper salesmanship. It should not be driven by bribery, wrongful stimulation or doubtful promises.

This whitepaper touches on a number of issues relating to dealing room behaviours, based on recent developments in the enforcement arena (Libor) and in regulatory guidance and expectation. Possible scenarios for management involve the observation and monitoring of behaviours. It is important to debate the issues, which are complex and cross the divide of regulatory expectation and modern behavioural risk management. Developments in the field are moving fast and will raise many complex compliance and (risk) management challenges for firms.The challenge is to quickly recognize when behaviour poses an unacceptable risk to the firm and its senior management. Complex firms face greater challenges. This is something distinct from fundamentally changing behaviours in dealing room environments a topic which should be approached with caution. First there must a focus on understanding and mitigating behavioural risk.

Timeliness is increasingly being defined as: immediately or near to immediately, because of the speed of the market and the technology that supports the market.

Increasing the return from property taxes

Increase your revenues by employing SAS software. The Patrimony Department of the Belgian Federal Public Service (FPS) Finance proves this is possible. SAS software enabled the department to significantly improve the detection of increasingly sophisticated and dubious transactions and hence collect more real property taxes. “By migrating our analytical model to SAS, we significantly improved our efficiency and increased the detection of dubious real estate transactions”, as quoted by Guy Hofman, Advisor at the Patrimony Department of the FPS Finance. 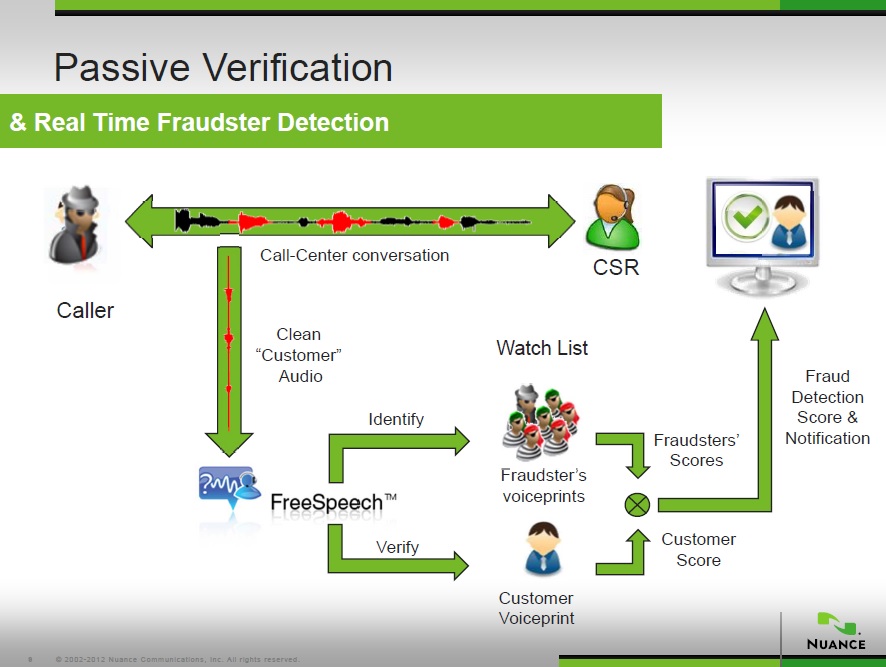 Robin Bortz is the Voice Biometrics Sales Development Manager for EMEA at Nuance Communications. Bortz has extensive experience in promoting advanced and new innovative technologies to global markets. He was previously part of the PerSay team that was acquired by Nuance. In his current position, Robin focuses on supporting partners and customers in the EMEA region, thereby enhancing their customer experience in the voice biometrics market and helping them to combat fraud and enhance security.