The Czech Republic is at a crossroad in deciding how to regulate disinformation. In order to adopt the Strategy to Combat Disinformation (see Part I.), it’s necessary for the Government to draft and push a large number of amendments through both chambers of the Czech Parliament and the Presidential Office. Since disinformation is a sensitive political subject, capable of deepening the current split in politics and society, it could be the beginning of fierce political battle.

As time is of the essence, there might be another solution in sight. In February 2020, the Executive Vice President of the European Commission Margrethe Vestager introduced the new digital strategy “A Europe Fit for the Digital Age” (see here). The legislative cornerstone of the strategy is the Digital Services Act (further referred to as “DSA”). DSA is going through the final stages of the EU legislative procedure and is expected to enter into force next year.

DSA is based on the principle that “what is illegal offline must be illegal online”. In order to achieve this, the DSA will target illegal online content (hate speech, cyber threats, misinformation, disinformation etc.), illegal goods (counterfeit goods, substandard goods, etc.) and questionable quality of services (online marketplaces, accommodation services, etc.).

DSA will go after intermediaries of such activities, i.e. the Internet Service Providers (ISP). In the online world, these services mean either a simple transmission service known as mere conduit (for instance Skype), caching services (for instance Google Pay or PayPal) and particularly hosting services (storing online content for customers). And hosting services are the primary target of DSA because they include Big Tech companies like Facebook, Twitter, Amazon, Google, TikTok, YouTube etc. The rules proposed by the DSA are designed asymmetrically, which means that the larger intermediaries with significant societal impact would be subject to stricter rules.

How is it supposed to work? By burdening these intermediaries with new obligations which will clarify their conditioned responsibility for illegal content and new transparency obligations like:

Compliance with these new obligations will be supervised by the EU and national regulators. Moreover, there are going to be new competencies for administrative and judicial authorities of Member States to issue the orders. Through these orders, they will have the right to order intermediaries to provide information about recipients of the service or the right to order them to take legal action against illegal content which is part of their services.

In practice, disinformation frequently enters the Czech information space from the foreign sources like Zvezda News or NewsFront. The information is translated, further edited into a short content and posted on a specialised website. Afterwards, it is only a matter of time before a regular visitor either shares the content on Facebook, Twitter or YouTube, which will give it a viral amplification and reach among younger population, or convert it into a chain e-mail, which spreads exponentially through the private Internet communication among groups of friends, usually pensioners. How can DSA help?

Even though the intermediaries will not have the obligation to monitor the published content, they may discover it themselves, for instance during a random administration of websites.  In that case, they should act without unnecessary delay and remove the illegal content or disable access to it. Such an immediate action is very important because it would absolve them of responsibility (exculpation). Or, they may learn about it from someone outside. It could be the administrative and judicial authorities of a Member State with their new competencies (orders). Of course, these orders will have to be properly justified and the intermediary and the recipient should be advised on the options for legal defense (internal complaint, out-of-court settlement or standard lawsuit combined with claim to damages). However, according to DSA recitals, the orders are expected to be applied rather on Member States level, even though the EU cross-border use is not entirely excluded. But the intermediaries may also learn about it from someone else outside, such as the public. Meet the new legal mechanism which will empower practically anyone from the public to notify an intermediary about illegal content – the Notice and Action Mechanism.

The Notice and Action Mechanism might be an ideal weapon against the illegal content which has been transferred from the static position on a website to a social network where it spreads like a virus. Such a viral and dynamic movement might be detected either by voluntary “Guards of the Internet” like Czech Elves (see here) or engaged clients who may use the Notice and Action Mechanism to raise alarm. Based on the notice, the intermediary should assess the report and decide whether he considers the content as illegal and delete it or disable access to it. Or, whether he does not consider the content as illegal, in which case he leaves it untouched. Similarly, as with orders, the options for legal defense are the same (internal complaint, out-of-court settlement or standard lawsuit combined with claim to damages). With regards to the procedure of dealing with notices, the DSA just says that it should be “timely, objective and with due care”. The intermediaries should also get ready for the risks associated with this new legal mechanism, like abuse. Sometimes, it can even be an organised strategy, as some social networks like Twitter already learnt with their reporting channels for harmful content.

In this context, it is important to mention a special category of future users, the trusted flaggers. Trusted flaggers will include recognised and respected organisations such as Europol, OLAF or Transparency Int. The notices submitted by trusted flaggers are supposed to be processed with maximum priority and without any delay. In practice, the Notice and Action Mechanism may be an interesting legal instrument, a cross between a whistleblowing channel and a tool for reporting harmful content. But the main benefit of the DSA in this context is that the intermediaries will have to interpret and apply a fully scrutinised and approved law of the European Union with the definition of “illegal content” instead of applying their own internal Guidelines for moderation of content, Community Standards, Rulebooks etc., which have no binding effect behind their walls whatsoever.

DSA will not be applicable in cases of dissemination of information within closed groups, consisting of a finite number of pre-determined persons and taking place on interpersonal communication services (as defined in the EU Directive 2018/1972), such as e-mails or private messaging services.

Sponsors are the subjects on whose behalf political advertising is prepared, placed, published or disseminated. According to TTPA, this will encompass not only political parties or movements, but also any candidate for an elected office or official on EU, national, regional or municipal level, and also every unelected member of an executive body on EU, national, regional and municipal level.

When TTPA comes into effect, the sponsors will have:

It means that the sponsors will have to stipulate and guarantee that the Contract on Political Advertising contains a new clause, identifying the subject of a contract as a service of political advertising and describing how compliance with TTPA is guaranteed.

When TTPA comes into effect, the providers will have:

When TTPA comes into effect, the publishers will have:

DSA and TTPA is expected to enter into force and become applicable next year (in case of DSA on January 1st of 2024 at the latest).  Formally, both of these laws will take the form of Regulation, not Directives. From procedural point of view, it means that they are directly applicable in EU Member States, so there will not be any need to transpose them into national legal order through amendments of relevant Czech laws (which usually takes an additional two years). The legal effect (applicability) will come directly and overnight, as was the case of GDPR. Bearing in mind the average length of the Czech legislative process (over one year) and sensitive political nature of disinformation, it might be reasonable to draft the Law against dissemination of disinformation already in the form of “adaptation law” to DSA and TTPA rather than a “standalone” national law.  As there is a serious risk of DSA and TTPA entering into force before the end of the debate about disinformation in the Czech parliament. Those who remember the chaos after May 25th of 2018, when GDPR became applicable in the Czech Republic without accompanying adaptation law,  already have terror in their eyes. It is worth learning from previous mistakes. After all, chaos is what disinformation strives for.

The author, Michal Pleticha is the Legal Counsel to the Head of the Supreme Audit Office Czech Republic (SAO). 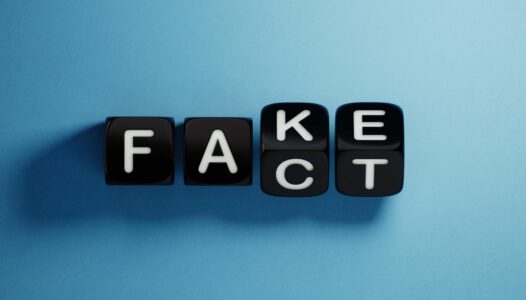