A threatening phenomenon appeared in Czech society: another desperate family discovers that one of its members became a different person. Someone who literally detached himself from reality and became an angry and hostile person with an aggressive attitude to common topics of conversation. It is likely that such a person succumbed to the phenomenon of “disinformation”, which changed his perception of reality and his personality. He is obsessed with the delusion of the “hidden truth” which comes up on the surface only thanks to the uncensored free media (meaning specialised websites, social media groups and citizen journalists. Well-established and quality public media are allegedly censored and spread only lies and manipulation.

Of course, the phenomenon of disinformation is not completely new. It has been known for centuries (e.g. The Great Moon Hoax). What is new is the scale and reach of false information, deliberately and covertly spread in order to manipulate public opinion and obscure the truth. If one word defines our contemporary information environment, it is confusion.

There are politicians, journalists and experts who still dismiss disinformation as “just different or opposite opinion”. It is not. Quite often, those who say so, mentally live in the previous century in terms of propaganda. Since the 20the century was the time of more or less two basic ideologies, either the individualism of capitalism or the collectivism of socialism, competing for the hearts and minds of the people through television. That was the Cold War times when TV propagandists on both sides exaggerated their own achievements and disparaged the others. Now the situation is different, the goal of the current propaganda is not such a “battle of ideas”.

The primary goal of today’s disinformation propaganda is not to convince us of a better ideology or truth. On the contrary, the goal is to convince us that truth itself does not actually exist. The process starts by flooding the information space with false, manipulative and often contradictory information. A person who tries to find factual information and looks up through various sources, including social networks, suddenly realises that thanks to the excess of information, he is unable to find out the objective truth, or at least to get close to it. His brain hits the limits to process information rationally and logically and he experiences cognitive overload (see here). Being frustrated by the amount of wasted time and energy, he gives up and decides to rely on his intuition (emotion). At that moment he becomes an easy prey of disinformation, which is being created by sophisticated, data surveilling and analysing machines, filled with AI, in order to attack his primal emotions. The result of this process is an individual with “overturned perception of reality” who reacts angrily to common topics of conversation. Interestingly, when confronted, he defends himself with freedom of speech and appeals to strong emotional symbols, such as love for his homeland regardless of the fact that, in reality, he actually subverts the very country he appeals to: by supporting extremists or radical political ideas, by spreading online “truth”, by organising freedom manifestations or convoys which in reality attack and destruct the freedom itself etc.

However, the playing field for dissemination of disinformation had been already radicalised and prepared before this new way of data-based propaganda appeared. According to the American sociologist Jonathan Haidt, it was the result of the dominance of large social networks at the end of the first decade of the 21th century, especially Facebook. He regards the introduction of the “share” and “retweet” button to be the breaking point when billions of Facebook and Twitter users began sharing information without careful and rational consideration. That was the moment when incorrect, false and misleading content of emotional and sensational nature, prioritised by algorithms of Big Tech firms, prevailed over factual and verified information. Deliberate algorithms set-up on emotional content along with mass abuse of personal data (psychographic profiles) which were traded as valued commodity, caused the radical change of information space and the retreat of professional journalists as they were expected to respect legal and professional rules of the game and therefore produced seemingly “boring” content.

The information space, radicalised in this manner was ready for professional manipulators. Thanks to the leaked Facebook scandal, the world learned about the firms like Cambridge Analytica or i360 and the dark side of political marketing, based on abuse of personal data of voters. Unfortunately, less was known about the Russian Federation state propaganda machine which has been disseminating disinformation since 2014 en masse. The ultimate goal? To disrupt the world order and weaken its future enemies. The first warnings about the large-scale disinformation campaigns in the Czech Republic, coming either from the Czech Intelligence Service (Bezpečnostní informační služba) or experts such as F. Vrabel or A. Alvarová were ignored. It is worth noting in this context that the state infrastructure is not being disrupted primarily by foreign actors, but also by fellow Czech citizens (see who either make money out of it, plan to exploit the chaos they spread for their career, or just like to mislead and manipulate others.

Disinformation is literally “Invention for Destruction” if it is used against a society which has not been warned. It causes vast disruption of trust in state and democratic institutions and the ultimate goal is social unrest and chaos. And it is not only social cohesion in society which is at risk. A person with overturned perception of reality who is burning inside with imaginary injustice can become an ideal, effective and cheap weapon of war. If multiplied on social media networks, it´s capable of breaking society into small and hostile pieces and disrupting democratic pillars of society like elections and decision-making processes.

Therefore, disinformation is one of the tools which is supposed to help the Kremlin ideologists to achieve their European strategy, i.e. to radicalise public opinion in EU Member States and feed it by fanning the flames of socially sensitive issues like sovereignty, refugees, progressivism, energy prices, etc. until some political party or movement takes advantage of it. When the party obtains enough support and makes it to the parliament, it may use all constitutional (it means legal) instruments to invoke procedures to invalidate the country’s international legal obligations (i.e. procedural obstructions combined with blocking of legislative processes or calling for vague referendums). The goal is the disintegration of the EU into individual, national states. Finally, the fragmented, insignificant and impoverished Europe is to be incorporated into the so-called Greater Eurasia.

The Czech Government has finally recognised the deadly force of disinformation and decided to start working on the Strategy to Combat Disinformation. Part of this strategy is the new proposal of Law against dissemination of disinformation, submitted by the Ministry of Interior in spring this year. Even though the proposal is still not publicly available, it seems that it will revolve around the newly established competence of the Ministry of Interior to disable access to specific web sites (after consultation with the Czech Police and Intelligence services). However, media and digital technology experts say that to combat disinformation with success, the strategy cannot be only built on a state repressive action but instead, it should be a joint operation of soft and hard tools. Actually, the soft measures should precede the hard ones. The newly appointed governmental disinformation advisor outlined the basics of the Strategy to Combat Disinformation as follows:

Unfortunately, the preparations have started only with the Law against dissemination of disinformation.  And that is not the only weak point. The thing is, that apart from the Strategic Communication to Combat Disinformation which can be approved in the form of governmental decree, all the other measures have to be approved in the form of law. It means that the Government will have to prepare and draft numerous amendments of relevant laws. It will take some time but the worst part might be to find political support for these amendments and push them through both chambers of the Czech Parliament and the Presidential Office. Since disinformation is a sensitive political subject, capable of deepening the current split in politics and society, it could be the beginning of a fierce political battle. Most importantly, the long battle filled with endless speeches, procedural obstructions and other deliberate delays of legislative process.

And that might be the point. As all of these procedural tricks are likely to make the whole issue long-lasting and incomprehensible for the public which will be under constant fire of disinformation at the same time. Eventually, this may cause the public’s disillusion and aversion towards the official steps to adopt the Strategy and decrease the public support for media literacy, strategic communication, fact-checking or new competencies for administrative and judicial authorities, because the vital majority of voters will be comfortably embedded in artificially created parallel reality by this time. How can we prevent it? (To be continued in Part II.)

The author, Michal Pleticha is the Legal Counsel to the Head of the Supreme Audit Office Czech Republic (SAO). 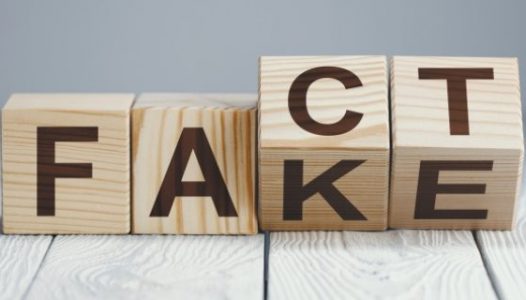 Commission presents guidance to strengthen the Code of Practice on Disinformation
Continue reading... 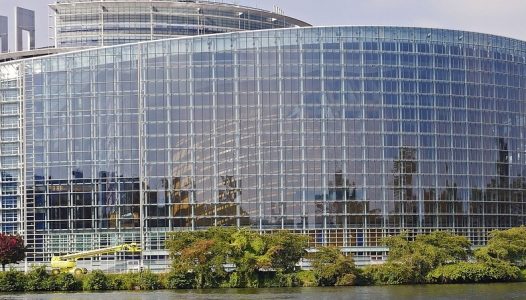 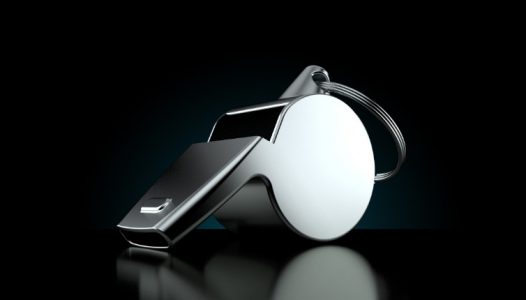