An alleged criminal network of copyright infringement hackers was recently dismantled by US authorities and their counterparts in 18 countries where they also received a great amount of support from Eurojust and Europol. This criminal network was known for pirating movies and distributing the illegal digital contents around the world. In a great coordinated effort, more than 60 servers were taken out of service in North America, Asia and Europe and several members of the criminal network were apprehended and taken in by the authorities. This crime group’s illegal activities ended up having significant negative effects, costing tens of millions of USD in losses annually to the US movie, television and other entertainment industries.

Based on the court documents, the organised crime group, known as the ‘Sparks Group’ that was dismantled was one of the largest organised crime groups in the world engaging in online piracy. The Sparks Group deceived the legal distributors with fraudulent reasoning and then were able to get their hands on legal copies of DVD and Blue-Ray disks of blockbuster movies, television shows and on other content well ahead of its official release dates. They then compromised the disks’ copyright protections and uploaded and distributed the illegal disk copies via servers that the criminal crime group set up themselves.

All of this content was readily available in advance of the release date and was also then distributed from the crime group’s servers to streaming websites, peer to peer networks, torrent websites and to other servers that the public has access to, which caused major losses to the film industry.

The servers set up by the Sparks Group was located by authorities in several countries in the world, including the Czech Republic, the Republic of Korea, Germany, France, Denmark, Romania, Latvia, Portugal, Poland, Spain, Sweden, the Netherlands, Switzerland, the United Kingdom and Norway. A majority of the servers were taken down in the coordinated effort that took place between US authorities and authorities in these countries with the help of Europol and Eurojust. A member of the crime group was arrested recently in Cyprus and another suspect was also taken in by authorities in the US.

The successful dismantling of this organised crime group was due in part to the support and international cooperation facilitated by Eurojust between judicial and law enforcement authorities from the 19 countries involved. The case was brought to Eurojust earlier this year by the US Liaison Prosecutor, given the worldwide scale and the necessity to coordinate actions closely together with all the involved countries and Europol.

Ladislav Hamran, President of Eurojust stated, “This case is an excellent example of what can be achieved if we work together across borders and continents. Thanks to the long-standing partnership between the US and the European authorities, we managed to deal a significant blow to online piracy. My sincere congratulations go out to all countries involved in yesterday’s joint action day.”

Vaughn Ary, Director of the U.S. Department of Justice’s Office of International Affairs also made some comments on the case: “In an investigation that spanned several time zones, the Department of Justice and law enforcement agencies in the United States worked very closely with national authorities from all other countries involved, exchanging necessary information in real time in a highly dynamic landscape. The Department extends our gratitude to Eurojust, Europol, and our international partners, who played a critical role in the investigation and takedown of these alleged cyber criminals.”

Eurojust had also recently hosted a coordination centre to ensure that real time coordinative action between all national authorities in the 19 countries involved in the case was taking place. A meeting at Europol on operations and a meeting on coordination at Eurojust was also put together prior to the national authorities taking joint action, which helped to facilitate the sharing of information between law enforcement and judicial authorities. These meetings also helped create a cohesive and joint strategy between all the involved countries.

Eurojust also assisted in relaying and facilitating the execution of more than 30 Mutual Legal Assistance requests as well as Letters of Request as needed in order to successfully take down the servers operated and controlled by the Sparks Group. These requests that were put in also helped authorities carry out searches and provide essential support to plan and execute a coordinated action that led to the eventual dismantling of the organised crime group.

On the other hand, Europol gave analytical support during the investigative process and also supported the sharing of information between the law enforcement authorities via the secure SIENA communication system.

Earlier this year, Eurojust additionally helped to dismantle another organised crime network operating with paid television fraud. They also received a letter of recognition by the Motion Pictures Association of America (MPAA) in the US. 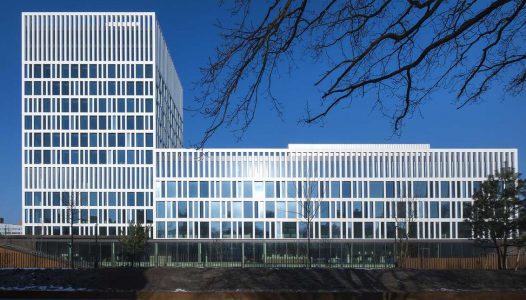