What is the aim of the Supervisory Handbook?

According to EIOPA, it includes “confidential sensitive guidance, recommendations, best practices, case studies, supervisory questionnaires and examples on how to carry out the supervisory review process”. Its table of content, now released, reveals the names of fifteen confidential chapters (such as a Chapter on Data Governance, Chapter on Technical Provisions, Chapter on Solvency Capital Requirements, Chapter on Own funds, Chapter on Prudent Person principle, Chapter on AMSB, Chapter on Key functions, …). For nearly each chapter, a corresponding “Non-confidential content made public via opinions/supervisory statements” with hyperlinks to  documents such as Opinions, is listed. It is my understanding that the references to EIOPA’s public documents on these different topics are by no way a reflection of the rich content the confidential chapters seem to contain.

What the publication of the table of content made clear is that there is only one supervisory handbook, and although the introduction of March 2018, now also published, focuses exclusively on Solvency II, the current handbook has chapters on conduct of business supervision and supervision of IORPs.

While applauding EIOPA for lifting a tip of the veil, the Supervisory Handbook invites further Comments for reflection

Why is the Handbook a non-public document? Unlike in the US (where for example NAIC’s Company Licensing Best Practices Handbook or NAIC’s Financial Analysis Handbook – which provides state insurance departments with a guide to establish an effective examination system – are freely available), EIOPA’s Supervisory Handbook is a private document. EIOPA has however publicly stated that the Supervisory Handbook is based on applicable regulation and guidelines, the only basis for future supervisory actions taken by the national supervisors. In addition, EIOPA is not a supervisor active in inspections, investigations and audits (see Regulation (EC) No 1049/2001, Article 4(2)) unless in cases based on Article 19 of the EIOPA Regulation (is this sufficient and proportionate as a basis?). Would financial supervision in the EU not fare better if supervised entities, large and small, would understand how to ensure a more effective and appropriate compliance with the requirements of Union law? Would compliance officers not be able to do a better job if there would be more transparency on expectations? Can EIOPA be again a precursor?

In addition, Article 29(2) states in alinea 3 that the Authority shall, where appropriate, conduct open public consultations regarding the tools and instruments referred to in this paragraph. It does not exempt the ‘Union supervisory handbook’ from that obligation.

While it can be debated whether the ‘Union supervisory handbook’ is intended to produce binding legal effects, quod non, can it be subject to a review? How can one ensure that its provisions fall within EIOPA’s scope of action? And that the ‘Union supervisory handbook’ stands for a common, uniform and consistent application of EU law? In the ECJ’s judgment of 15 July 2021, FBF v. ACPR, C-911/19, the ECJ stated that “the contested guidelines do not have any binding legal effects is therefore not such as to preclude the Court’s jurisdiction to rule on their validity in the present case” (paragraph 55), adding in the next paragraph that “The Court has, moreover, already recognised that it has jurisdiction to give a preliminary ruling on the validity of a recommendation of the EBA which does not have binding legal effects (see, to that effect, judgment of 25 March 2021, Balgarska Narodna Banka, C‑501/18, EU:C:2021:249, paragraph 83).”

Curious is the case of the Statement on dividends distribution and variable remuneration policies in the context of Covid-19 (April 2021). It has been included in EIOPA’s table of content despite the fact that it was not issued as a supervisory statement. EIOPA further explains that “EIOPA has made an adequate use of tools available under Article 29 and has issued Guidelines, Opinions and Supervisory Statements in different areas where supervisory convergence was at stake and the content was not sensitive. All these tools complement each other and build the supervisory convergence framework.” Was the Statement on dividends distribution really not sensitive? If it was only included to give a complete picture, one may wonder what is included in the confidential Chapter on Own Funds? Some may remember the discussion in EIOPA’s Board of March 2021 when it agreed to develop criteria for a supervisory assessment regarding dividend distribution but not to publish any note while deciding to revise the note and send it for approval in written procedure. In the light of this Statement, how can we be sure that EIOPA’s Supervisory Handbook does not contain interpretations of legislation?

To conclude, the European Ombudsman published 27 October 2021 a short guide for the EU administration on Policies and practices to give effect to the right of public access to documents, as transparency issues account for around a quarter of yearly inquiries Ombudsman. According to this guide, each EU institution, body, office and agency should have “a policy on the publication of documents, setting out clear criteria regarding which categories of documents should be published proactively”. EIOPA updated its policy a week earlier, 20 October 2021, with a Decision of the Management Board concerning public access to documents. The policy refers to its annex 2 ‘Document register categories’ and annex 3 ‘Documents directly accessible to the public’. The supervisory handbook is not a separate category according to annex 2 but could fall under ‘Other decisions’ of the Board of Supervisors (point 1) aside from Minutes, Budget and Work Programme; ‘Best practices’, if linked to peer reviews (point 8); ‘All (…) publications made by EIOPA’ (point 12) and ‘Other documents required to be published or which are adopted for publication’ (point 17). The executive director can add to this list. There is as of yet no annex 3.

Not for the guests, but for the cooks: EIOPA’s internal note on criteria for a convergent approach on dividend distribution restrictions for insurers
Continue reading... 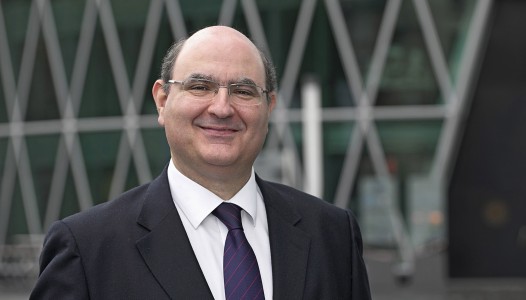 EIOPA recommendations in order to address the vulnerabilities identified in a consistent way throughout the EU
Continue reading...