Risk & Compliance Platform Europe had the chance to interview Mike Kessler, the Chief Executive Officer, on his new revolutionizing project, the launch of a new stock exchange called Tokenise. Tokenise will be one of the first fully regulated global stock exchanges for security tokens in the world. Tokenise is democratizing ownership by allowing anybody to own and sell a portion of what they love, as well as allowing asset owners and artists to receive formerly untapped revenue. Through Tokenise, for the very first time, people can now participate in fractional ownership or royalties by investing in security tokens on a stock exchange fully regulated in Barbados.

Investors can instantly and effortlessly deposit their money to buy the tokens that are right for them, with all trades executed through a regulated brokerage and executed on the regulated Tokenise Stock Exchange with added security and anti-money laundering (AML) checks. Unlike NFTs and cryptocurrencies which are currently traded on unregulated markets.

Tokenise Group was founded by a team of financial services, technology and security experts, led by Mike Kessler, CEO, who has extensive experience in asset management, corporate development and start-ups. Martin Graham, Group Chairman, has played a central role in transforming London into a global financial hub as Director of Markets and Head of AIM at the London Stock Exchange.

Where and how Tokenise is regulated

Tokenise has adopted many similar rules to the AIM market. For instance, listings (prospectuses) must be signed off by the regulator, which is more robust than the current rules for UK multilateral trading facilities (MTF) listings, as many instances do not require regulatory sign off.  Incorporating many of the world’s strictest regulatory standards to pave the way for trading in multiple jurisdictions, Tokenise has held a full regulatory FCA brokerage and investment management license since 2012, as well as the world’s first SRO stock exchange license for tokenised securities in Barbados, and a regulated dealer broker license in Barbados. Tokenise carefully examined a number of markets and regulatory regimes before seeking regulation in Barbados. Barbados is not only progressively forming a new frontier for fintech, digital assets and tokenization, but also has fully embraced recognizable standards from some of the world’s most highly regulated markets.

When did you start with the idea of launching a new stock exchange?

Mike Kessler : “The original concept was born back in 2015. One of our clients at Kession Capital, which is our FCA UK regulated business, was the Swiss stock exchange and we approached them with the idea. We said there is this new technology called blockchain technology. We would like to build a new secondary market for crowdfunding opportunities because I always describe crowdfunding as the ‘Hotel California’, where you can check in but you can never leave. We wanted to create a secondary market so we could have liquidity within that market. They (the Swiss stock exchange) took it up to the board level but they decided it is too much of a micro play for them. The amount of due diligence that they would have to do for a hundred thousand dollar listing is the same that they would have to do for a hundred million dollar listing . So, they said love the idea and the concept but we wish you well in it and keep us posted.”

“We then started to do some work with the Gibraltar stock exchange and I was advising them into the tokenization strategy as well because the Gibraltar government had brought in what’s called a DCT framework and they raised some capital in a ICO in early 2018. I pleaded with the Gibraltar stock exchange to focus on Tokenise securities because I thought that was the future market rather than ICO’s. They decided at the time not to listen to me, which is absolutely their choice. They pursue this ICO market and unfortunately we all know what happened to the ICO market. Since then I decided enough is enough I am not going to look to partner up with anyone else. So in 2018 we did a high level analysis of the market place and decided that Europe was actually probably not the best place to launch an exchange. The reason is that within Europe there is a thing called CSDR – Central Security Depository Regulations. Within those regulations it provides that you use NTF and a CSD in order to settle the trades. Unfortunately, there is no CSD in Europe that accepts tokens as a financial instrument and can settle them in a CSD. We had to look outside of the jurisdiction and we ended up in Barbados. Due to the fact, they were very open to it and they wanted to be kind of involved in the new fin-tech generation. Barbados just had a change of government and they are more progressive as to what they want to do. We also convinced them that what Cayman is to the funds industry, if Barbados gets this right, they could be that to the Tokenise securities industry.”

After the launch of Tokenise what will you offer the market?

Mike Kessler : “There are certain things in the secondary market that the traditional stock exchange does not cater for, for example, the stock exchanges are very timing and open at nine in the morning till four in the afternoon, our exchange market will be a 24/7 exchange. The assets that we will be launching on our exchange will hopefully be more exciting. Not only can we do traditional security, we could do equity, Exchange Traded Fund (ETF), and potentially bonds as well. However, we are also looking for alternative assets to be more tradable, more owner-able by a mass population. For example, a fractional ownership of a Picasso painting is a suggestion. A Picasso painting is probably a 100 million dollar asset, imagine breaking that asset into 100 million shares costing 1 dollar a share. Instead of one person buying a 100 million dollar asset, millions of people that have a few dollars are buying an asset. We could do things like that.”

By investing in security tokens, anybody may now participate in fractional ownership or royalties through Tokenise. Investors can own a piece of the physical assets they care about, such as buildings, ships, and land, through fractional ownership. Fans can own a piece of the income-bearing revenue by purchasing royalty tokens, which were previously unavailable for trading on an exchange. Security tokens are regulated in the same way that other securities are, which means that, unlike NFTs and cryptocurrencies, all transactions must go via a registered brokerage and be subject to anti-money laundering procedures.

How can you guarantee to regulate that your system is secure from any money laundering?

Mike Kessler : “We are actually using a third party company, it is a Canadian entity, and they specialize with KYC services, KYB services and AML services. So, what they do is, everyone who signs up to the platform will have to go though the full KYC and AML checks … We are doing all of our checks to a FCA standard and slightly beyond because what we want to do is take the highest common denominator to make sure that everything we are doing goes unchallenged.”

What about competitors has there been any reaction from other stock exchanges or secondary markets?

Mike Kessler : “We speak to all of our competitors, we are all trying to bring each other together. Everyone now is trying to bring their platform up and also trying to see how interoperability other platforms are together. Each platform does not want to duplicate everything … Our team is secondary to none, we have more credibility than other secondary market platforms with many experienced people and innovative ideas.”

Any figures Tokenise is looking for in the future, any kinds of strategies for it ?

Mike Kessler : “We want to have 3-4 tokens listings already on the stock exchange in Q1 next year. My ambition is to get, by the end of 2022, around 12-20 listings on our platform. By 2030, … I would hope to have 1 million users on our platform, that we are across multiple jurisdictions in the world to trade locally and internationally. As for listings, we should have hundreds let alone clinching to 1 thousand of listings on our platform”

Tokenise’s aim is one of justice and financial inclusion, allowing anybody to simply, safely, and reasonably engage in the new world of security tokens. Tokenise will start in the first quarter of 2022, followed by an app in the second quarter.

If our readers would like to check out more about Tokenise and their launch make sure to check out their LinkedIn for new update. 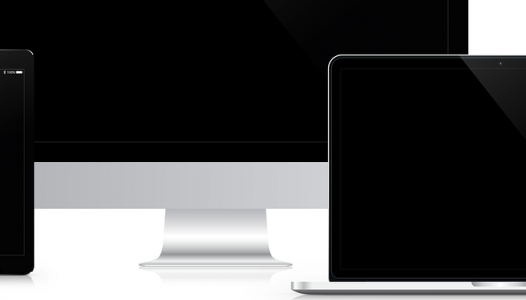 A binary future? How digitalisation might change banking
Continue reading... 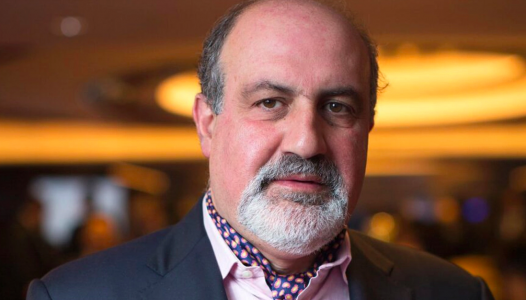 How to choose an AML / KYC service provider (especially if your business has just started)?
Continue reading...