Nassim Nicholas Taleb doesn’t mince words. When he thinks that something is worthless, he says so. In a recent paper he says in no uncertain terms that bitcoin is worthless. However, those “uncertain terms” are not only in mathematical language but in Taleb-speak. They need some explanation and interpretation. I will provide it in this brief article. In a new paper, “Bitcoin, Currencies, and Fragility,” Taleb aims a scattergun at bitcoin and its underlying database technology, blockchain. Some of those scattershots merely ding bitcoin or blockchain only slightly, or not at all. But some of them hit the mark squarely.

I’ll list his objections, then explain them one by one. They are, in the order in which Taleb presents them:

This is not a serious objection to blockchain technology, except to say that something with a faint resemblance to it was invented and used before and is still widely used today. Taleb’s purpose, it would seem, is to minimise the overblown hype surrounding “blockchain.”

Anyone who has programmed Monte Carlo simulation or knows how it is done is familiar with “random number generators.” Given an arbitrary seed number, a random number generator creates a sequence of numbers that appear to be random, but given the same seed number it always generates the same sequence. Since these numbers are not mathematically random they are called “pseudorandom.”

If bitcoin’s price could drop to zero at some time, its present value is zero now

Taleb says, rightly, “We cannot expect a book entry on a ledger that requires active maintenance by interested and incentivized people to keep its physical presence, a condition for monetary value, for any period of time – and of course we are not sure of the interests, mindsets, and preferences of future generations.”

If bitcoin’s price goes to zero at some time in the future, or even just very nearly zero, it is likely to stay there – to have hit an “absorbing barrier,” as Taleb puts it in mathematical terminology. Therefore, he says, by rational expectations, since it generates no revenues or dividends for the holder in the interim, its value should be zero now.

This is correct by rational expectations theory. But of course a large part of the reason for bitcoin’s valuation is not rationality as economics interprets the word, but a greater fool rationale. If someone will buy it from you at a higher price later, it is worth this price now. This rational expectations line of reasoning, while it may have appeal to a blinkered economist of the type that Taleb regularly decries, is not fully persuasive.

This objection bites, and is decisive. Bitcoin has not been able to free itself of its blockchain’s constraint that makes transactions in it slow and expensive. When I first became intimately familiar with bitcoin and the blockchain in 2017, I did it by teaching a cryptocurrency course in the MBA program of the business school of The Hong Kong University of Science and Technology. Before I taught that course, I knew nothing about it. But a friend who had become an enthusiast impelled me to learn. The best way to learn is to teach, so I volunteered to teach the course. Surprisingly, I was asked to do so even though I knew absolutely nothing about it when I volunteered (the finance department head may not have known that).

During that heady period, the market value of bitcoin was rising rapidly. More and more vendors were accepting it in payment. I thought that if Amazon decided to accept it, the game would be over, and it could become the world’s most widely accepted currency. But as I learned more about it, I discovered that this was not possible because bitcoin’s blockchain was severely limited in the number of transactions it could process per second, and in the waiting period for the nodes on the network to collectively confirm that the transaction was valid.

As Taleb says, “while you can instantly buy a cup of coffee with your cell phone, you would need to wait ten minutes if you used bitcoin.” Some bitcoin enthusiasts claim that this limitation can be mitigated, especially by using something called the lightning network, which enables trades off-blockchain with one’s frequent trading partners, such as one’s much-frequented coffee shop, later to be aggregated and returned to the blockchain periodically. But my impression is that this has not remedied the problem yet and perhaps never will.

Nevertheless some other cryptocurrencies do not have the same constraint in this regard as bitcoin. But Taleb notes in his introduction that there are about 10,000 cryptocurrencies and bitcoin has by far the largest market capitalisation, so he will confine himself to bitcoin in this article. I have not followed the technology enough since teaching it four years ago to know or to evaluate the arguments that this constraint is not fatal – if indeed there are such arguments – but I find it to be the spear to the heart of bitcoin’s ultimate success as a stand-alone currency.

This argument too is persuasive but not ultimately fatal to bitcoin, because, of course, there is the possibility its price could stabilise eventually as a measure of the value of a basket of goods and services. Nevertheless, as Taleb shows, its high volatility has been a near-constant over more than a decade of its existence.

Taleb offers a useful quantitative finance analogy as a way to think about the cost of bitcoin’s volatility: “…the seller of an item priced in fixed bitcoin, yet available elsewhere in fiat currency, would be short a currency option struck at the initial exchange rate.” That is, if you sell an item for bitcoin and its price continues to be highly volatile relative to the goods and services you’ll want to buy with it later, then when the time comes a little later for you to buy something you want with it you can’t be sure how much you’ll be able to buy. It might be a lot more or a lot less than you could have bought immediately at the time of your sale.

This is indeed equivalent to being short – having sold – an option for its buyer to realise the difference between bitcoin’s price and the price of the (stable) fiat currency you could have used. Except that … you never received payment for that option that you sold. The option you were short – that you didn’t receive payment for – quantifies what you lost by selling in a volatile currency (bitcoin) instead of a stable one (fiat).

Once again, this is a problem given how volatile bitcoin is. But it’s a problem that could conceivably go away if bitcoin’s price somehow stabilises.

To be an inflation hedge, bitcoin must closely track the value of a basket of goods and services

But of course, bitcoin doesn’t, because of its volatility. Its possible value as an inflation hedge is completely speculative and unpredictable, more so than assets that are not remotely considered hedges against inflation. Once again, one would have to foresee a future in which bitcoin’s price somehow stabilises with respect to a basket of goods and services for it to be a hedge against inflation. If it could become widely used for transactions, perhaps its price might stabilise. But this possibility crashes against the problem stated in 3.

Bitcoin is not a libertarian’s dream

Some of the early enthusiasts for bitcoin were libertarians, who have a preference for less government. But Taleb argues that bitcoin is not an offshoot of libertarianism. His argument for this is a little obscure, and in a sense legalistic. He claims, “Libertarianism is fundamentally about the rule of law in place of the rule of regulation. It is not about the rule of rules — mechanistic, automated rules with irreversible outcomes.”

Taleb further notes that “It is also uncertain what could happen should the internet experience a general, or even a regional, outage — particularly if it takes place during a financial collapse.” Again, this highlights that bitcoin’s viability is dependent on its miners and its network of blockchain downloaders and verifiers, and of course on the internet itself.

Bitcoin is not protection against tyrannical regimes; its transactions are open for all to see

All bitcoin transactions can be viewed by anyone at blockchain.com. The transactions are encrypted, but it is possible to trace a complete chain of transactions at that site from the first entry of bitcoin – when someone traded fiat for bitcoin – to the last exit, when someone traded bitcoin for fiat. Since anti-laundering and know-your-customer rules require that the party or parties involved in exchanges of fiat for bitcoin or bitcoin for fiat be known to the exchanges on which they transact, it is possible – for government for example, having demanded the information from the exchanges – to trace all transactions and attribute them to the transactors.

Bitcoin does not solve the agency problem of reliance on intermediaries

Suppose that bitcoin somehow did become widely or even universally used for transactions, so that bitcoin users would simply hold and trade in bitcoin and would have no need for trading fiat for bitcoin. Therefore, there would be no need for exchanges. Disintermediation would be complete.

No, it wouldn’t, because bitcoin would still be intermediated by the miners. When the last bitcoin has been mined (bitcoin originator Satoshi Nakamoto’s design requires that only 21 million bitcoin will ever be mined, and the last will be mined in the year 2140), the miners will become only compilers of blocks of transactions to be added to the blockchain, compensated by voluntary transaction fees paid by transactors who wish to have their transactions expedited (that is, included in transaction blocks sooner rather than later),

But there is already a threatening oligopoly of a small number of miners, and if they account in aggregate for the vast majority of transaction block formation they could be at least as costly as intermediaries such as banks are now. And furthermore, as Taleb points out, “Unfortunately, there appears to be a worse agency problem: a concentration of insiders hoarding what they think will be the world currency, so others would have to go to them later on for supply.”

Intermediaries will always find a way. Yesterday’s disintermediator may be tomorrow’s new intermediary. Interestingly, Taleb’s position is a complete turnaround from what he thought four years ago. At that time, he wrote in the foreword to the 2017 edition of a book by Saifedean Ammous, titled The Bitcoin Standard, that bitcoin is “an excellent idea. It fulfils the needs of the complex system … because it has no owner, no authority that can decide on its fate. It is owned by the crowd, its users.”

A turnaround like this may be the canary in the cage that signals the collapse of bitcoin that many have long been predicting. At some point, “fools” stop believing that there are any greater fools left.

The author, Michael Edesess, Economist and mathematician, is an adjunct associate professor and visiting faculty at the Hong Kong University of Science and Technology, managing partner and special advisor at M1K LLC, and a research associate of the Edhec-Risk Institute. In 2007, he authored a book about the investment services industry titled The Big Investment Lie, published by Berrett-Koehler. His new book, The Three Simple Rules of Investing, co-authored with Kwok L. Tsui, Carol Fabbri and George Peacock, was published by Berrett-Koehler in June 2014. 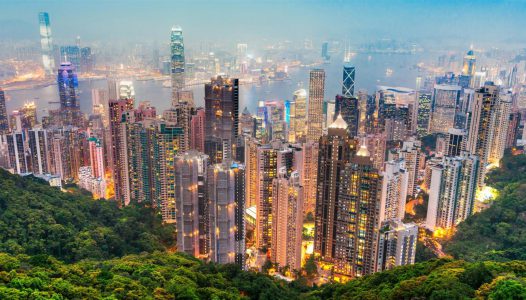 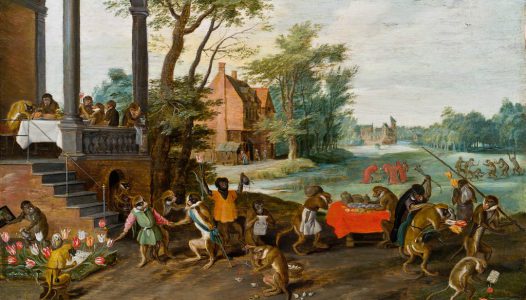 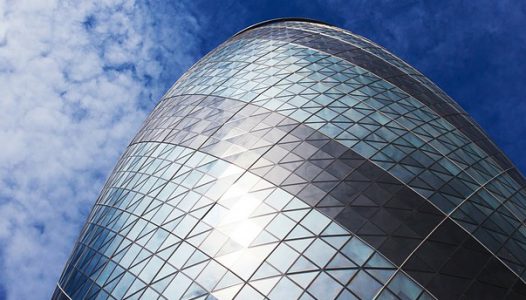