Sanctions cannot bring about success in isolation. The dialogue with the target country must be ongoing, both at the official and diplomatic level and via view exchanges with citizens and opposition groups in the target country. I would like to start with remembering the fairytale (which was quite familiar to me when I was a young child back home in Bangladesh) in which a little girl had a choice of three beds in which she could take a nap. The father’s bed was too hard, the mother’s was too soft, and only the baby bear’s bed was comfortable enough for her in which to fall asleep, finally she picked the bear’s one. Undoubtedly, those who impose sanctions should recall that Goldilocks (that little girl in the fairytale ‘Goldilocks and the Three Bears’) only slept soundly when she found the bed that was neither too soft nor too hard. Sounds weird at the beginning!! Trust me, it’s not weird, but rather relevant.

Sanctions represent a commonly-used tool by governments and regions around the world to restrict the ability of perceived rogue nation states, (commercial/governmental/charitable) entities or persons to conduct transactions on a global basis. Sanctions are mostly economic but also political and military penalties introduced to alter political and/or military behavior and are placed mostly by the USA, UN and European Union to discourage the proliferation of Weapons of Mass Destruction (WMD) and ballistic missiles, bolster human rights, end terrorism, thwart drug trafficking, discourage armed aggression, promote market access, protect the environment, and replace governments. To achieve foreign policy objectives, sanctions take the form of arms embargoes, foreign assistance reductions and cut-offs, export and import limitations, asset freezes, tariff increases, revocation of Most Favored Nation (MFN) trade status, negative votes in international financial institutions, withdrawal of diplomatic relations, visa denials, cancellation of air links, and prohibitions on credit, financing, and investment. Sanctions should not be imposed blanket-fashion. To be effective, they must take account of the political structures and circumstances in the target country. Deliberately targeted attempts to influence the leadership or deliberately targeted support for opposition groups, is often more effective than comprehensive economic sanctions that adversely affect the entire nation. Complying sanctions list is not an easy and straight-forward job for the Compliance Professionals. However, calm seas never made a good sailor.

Economic sanctions can cover anything from a country to a group or an individual, and are issued by OFAC in the US and by the European Commission and member states in the EU. Involvement in transactions with sanctioned counter parties at any level can mean enforcement measures apply to non-sanctioned entities or individuals and is a risk that remains largely under-estimated. This can lead to costly mistakes, as the US in particular has used punitive enforcement tools to great effect, issuing huge monetary penalties and imposing major restrictions. As a rule, sanctions need to be less unilateral and more focused on the problem at hand.

Economic sanctions can be applied in two forms which are selective or comprehensive. The selective form of sanctions targets certain elements of an economy, to try and force the intended resolution out of countries. The comprehensive form of sanctions keeps a country’s economy isolated from international trade. Targeted economic sanctions include measures such as freezing the assets of top government officials or those suspected of financing terrorism, arms embargoes, nuclear sanctions and so on. Nevertheless, they are not harmless and may still be problematic. For example, the arms embargo imposed during the break up of the former Yugoslavia was widely criticised as it did not permit the Bosnian Muslims to acquire the weapons they needed to defend themselves from the genocidal attacks of Croat-Serb forces.

The most long running economic sanctions

Economic sanctions against Cuba, North Korea and Iran have been running for a long time. North Korea is possibly the most economically and politically isolated country in the world. In 1979 after the Islamic revolution in Iraq, the USA imposed sanctions on Iran and in 1984 the USA altogether broke off diplomatic relations due to a hostage crisis. Cuba was also hit with sanctions by the US and they have been operational for about 54 years. Other countries that have been sanctioned are Syria and Sudan, just to name a few. The leaders of Iran and North Korea, who have for decades been under economic sanctions, are still managing to be in power with comprehensive sanctions put in place. Russia, a sanctioned country, has seen Putin’s popularity ratings in opinion polls surge to an all-time high despite the fall in value of the Russian ruble. Venezuela, which has been sanctioned, has still maintained Maduro as its leader (though disputes have been continuing between Juan Guaido and Nicolás Maduro since January 10, 2019), despite the economic meltdown which has lowered the quality of life in the country. The European Union imposed sanctions on seven Myanmar security officials, which involved asset freezes and visa bans from the EU, after the bloc extended an arms embargo and prohibited any training of or cooperation with Myanmar’s armed forces. These sanctions could not stop Myanmar’s Military Rulers and the Opposition Leader (who was once seen as a beacon for universal human right and was awarded the Nobel Peace Prize) from eliminating Rohingya Muslims from the country and compel them to take shelter in Bangladesh. Now, here comes the question: if the economic sanctions cannot end the political elite of a country, why punish the poor who are the most vulnerable to economic shocks caused by economic sanctions?

Economic sanctions usually punish the wrong people who are powerless or voiceless in the face of their unscrupulous leaders or governments. In North Korea, there have been allegations that poverty has induced people to resort to cannibalism because of the comprehensive sanctions imposed on them. Six years back, scores of people were arrested in North Korea for selling or having eaten human flesh. It becomes difficult to defend economic sanctions because the primary intended objectives as in the case of the aforementioned countries, have failed. If leaders of countries decide to take the course which violates international laws, the citizens of those countries usually have no influence on such matters more especially in authoritarian regimes. Why should the general populace be punished for Maduro, Mugabe, Putin and Kim Jong Un’s mistakes? Kim Jong-un is still there even after a couple of meetings whereas the North Korean people are suffering because of economic sanctions.

For various reasons, the Ukraine-related sanctions have posed significant compliance challenges. Unlike the targets of other U.S. sanctions programs, many targets of the Ukraine related sanctions are highly integrated into the global economy due to their participation in international trade. Cuba’s restricted list is designed to attack the tourism sector in Cuba, which is handled through the Cuban military. Once issued, it is now handled through the department of state. It prohibits direct financial transactions from an entity on the restricted list. Restrictions apply to new equity investment and financing for specified entities in Russia’s financial sector, and new financing for specified entities in Russia’s energy and defense sectors.

Can Magnitsky style sanctions be a good alternative?

Interestingly enough, the U.S. government has once agreed to let eight countries, including close allies South Korea and Japan, as well as India, keep buying Iranian oil after it re-imposed sanctions on Tehran. Iran’s biggest oil customers — all in Asia — have been seeking sanctions waivers to allow them to continue buying some of its oil and have argued that a total ban would spur a further rally in the price of crude. If they do not get the waivers, there would be chance of wire stripping in Financial Institutions. What I want to say to conclude is that sanctions should not be like what is in place with Cuba (too soft) or Iran (too hard). Then, what is a viable alternative in order to produce change? I agree there needs to be a middle road but I think that is often easier said than done. The sectoral sanctions placed on Venezuela and Crimea have, I think, been an attempt to find some middle ground, but I still doubt about the overall effectiveness of sectoral sanctions. Instead, Magnitsky style sanctions applied against individuals is not a bad idea. They seem to be more effective and avoid the problem of hurting the innocents. Corrupt politicians who refuse to tackle drug trafficking and terrorist financing in their own backyards should be sanctioned under the Global Magnitsky Act. The United States has already sanctioned a president, a vice president, and a foreign minister in Venezuela on charges of corruption, racketeering, and drug trafficking. It is also critical to understand that influential global bodies dictate that anti-money laundering and counter-terrorist financing measures are part and parcel of the overall sanctions policy toolkit. The strictest sanctions enforcers require little in the way of proof and can issue substantial penalties based merely on apparent sanctions violations, including suspected money laundering and terrorist financing.

Can’t we co-exist in peace?

We must remember that financial sanctions are an alternative to military war, which is far worse. There is no pretty side for any of the two alternatives. The discussion is long and for me it comes to the question: “why can’t we all just coexist in peace?”. Discussing how sanctions not only impact different countries, but looking through the prospective of the impact on a granular level in regards to their respective societies. Sanctions do not operate, succeed or fail in a vacuum. The measures are most effective at maintaining or restoring international peace and security when applied as part of a comprehensive strategy encompassing peacekeeping, peacebuilding and peacemaking. Contrary to the assumption that sanctions are punitive, many regimes are designed to support governments and regions working towards peaceful transition. The Libyan and GuineaBissau sanction regimes all exemplify this approach. I agree that there are certain sanctions aimed at specific regions of the world which are indeed “harder” and “softer”, but we as Compliance Officers know which regions these are and their respective differences along with the political factors behind them. Sanction is a both sided-knife. While considering the peace of humanity, who gives the decision is also important. Sanctions are necessary for sure, but are the sanction imposers more innocent than the regime/country they punish?

Disclaimer: The views/opinions that have been expressed are explicitly of the author and are not necessarily reflective of his employer’s standing or corporate policy

The author Ahsan Habib is currently working at Scotiabank, Canada as Analyst in AML Operations Governance. He is a seasoned banker from Bangladesh where he worked in Correspondent Banking and Trade Finance in top ranked banks. He achieved the prestigious CAMS Designation in 2019. He has certification on Trade-Based Money Laundering from Canadian Securities Institute (CSI), certification on Sanction related various courses and certification on ‘BSA/AML: An In-Depth Look’ from Bank Administration Institute (BAI), USA. 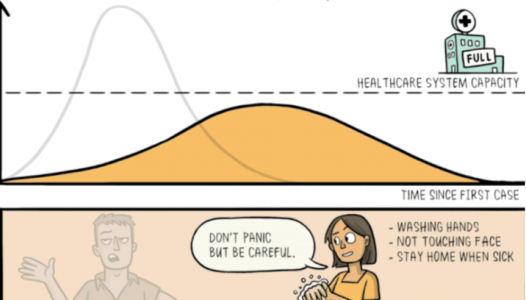 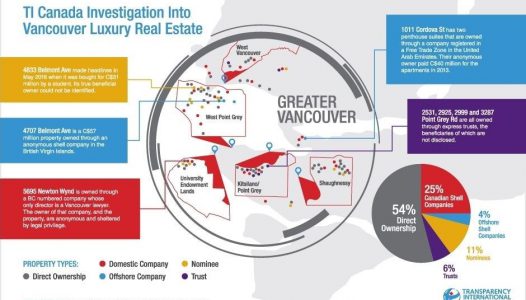